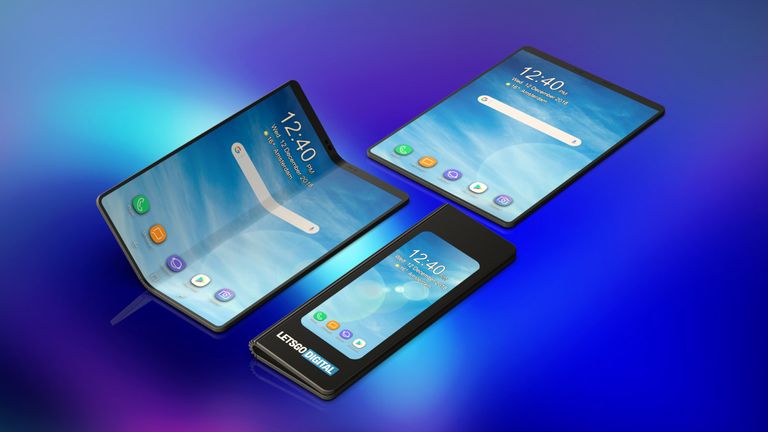 The Samsung Galaxy X foldable phone may not only have several screen folding options but lots of cameras too, three to be exact.

Samsung is expected to be just one of many smartphone manufacturers to introduce a folding phone to their line-up in 2019. As a result it's not just a fancy folding screen that needs to be on offer, the expected-high-price handset needs impressive specs too.

This could be one of the reasons that Samsung has apparently opted for the latest triple camera offering in the Galaxy X. That should mean that the already exorbitant price expected for a totally new type of screen tech is pushed even higher by this bleeding-edge camera tech. Think £1,000 plus.

Of course if you're already paying a premium for this next-generation handset, then you probably would expect some awesome features. As such you should be in for a phone that folds out into a 7.3-inch tablet with a camera that can offer excellent depth of field for superb bokeh background blur and more besides.

As for the Galaxy X release date, Samsung is expected to launch its foldable phone very early in 2019, likely February at MWC 2019.