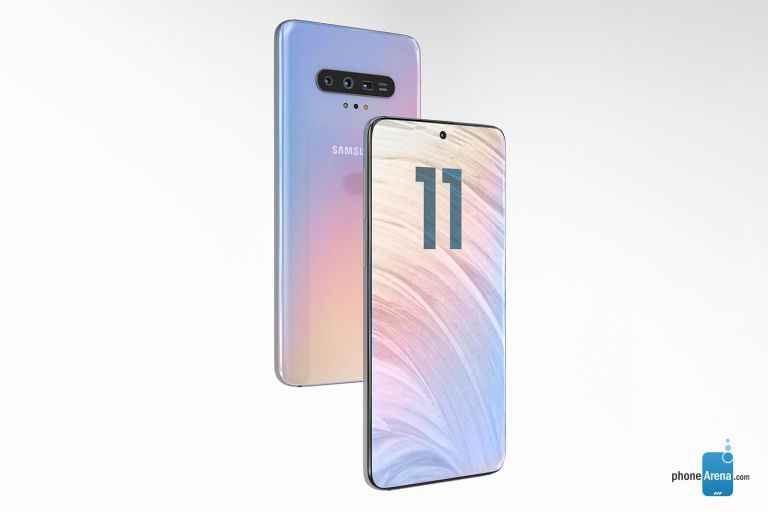 By now, the Samsung Galaxy S11 has to be one of the most-leaked phones in history.  As tidbits from the Samsung camp continue to slip out, such as its amazing camera setup and its mysterious 'SAMOLED' display, it eventually becomes hard to distinguish rumour from fact. However, a known source has posted a few images of what they claim to be the Samsung Galaxy S11 screen protector, and they're IRL photos rather than digital renderings.

Leakster-in-chief Ice universe has taken to Twitter account to showcase the Samsung Galaxy S11 screen protector, and a few things are obvious at first glance. To start with, the bezels look thin, thinner than the Galaxy S10, and we can see the screen is slightly curved on all four sides to take advantage of this increased screen real estate.

The selfie camera is also front and centre once again, not at the upper-right corner as in the Samsung Galaxy S10. As opposed to the dual selfie camera on the S10, the S11 is sporting a single-lens pinhole, which indicates the emphasis on selfies or streaming content from the front of the phone could be taking a back seat. This is surprising, especially as the advent of 5G makes it so much easier for vloggers to stream and record on the go. Check out the images from Ice universe below:

As expected, there's no home button on the bottom of the screen or any kind of over-screen functionality behind the pinhole. Unsurprisingly, it looks based on the S10 in terms of shape, with the relocated pinholes and a few changes such as the lighter curves. Will it be enough to see off its main rivals such as the Huawei P40, which is heavily rumoured to be sporting an under-screen selfie cam?

Ice universe has been proven to be reliable in the past, so there's no reason to doubt the account's validity. After so many rumours and digital renders, it's exciting to see a physical piece of the phone. Expect more parts to leak as we inch closer to that supposed 2020 launch date.