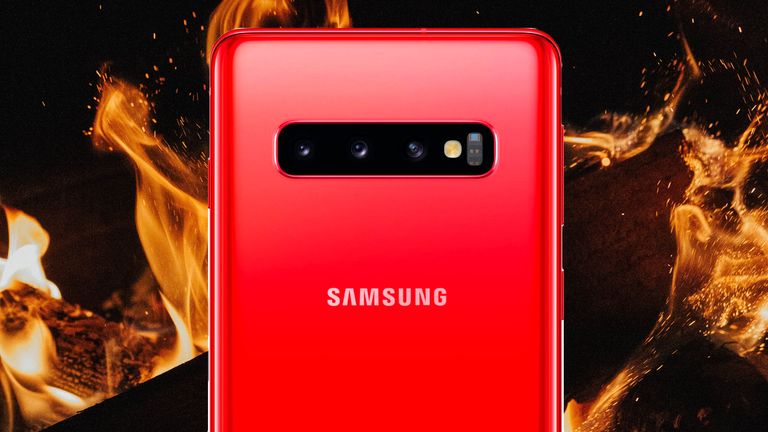 Samsung has taken the wraps off a couple of brand-new twists on its popular flagship Samsung Galaxy S10 series... but not everyone will be able to get their hands on the gorgeous new finishes.

First up, the Seoul-based company has created an “Olympic Games Edition” of its Samsung Galaxy S10 Plus which, as the name heavily implies, is designed to celebrate the Summer Olympic Games in Tokyo, Japan next year. The handset ships in Prism White and sports the Tokyo 2020 logo on the back.

According to Samsung, the phone ships with dedicated Olympic Games content, including the ability to stream some events in Virtual Reality (VR). Samsung is also shipping a matching pair of Galaxy Buds, complete with the Tokyo 2020 logo engraved on the case, and the same Prism White finish.

Samsung will only produce 10,000 units of the Olympic Games edition, so those who want to own one of these limited edition handsets need to act fast. The limited edition flagship smartphone will set you back around £900 in local currency, which is the same price as the standard non-Olympic Galaxy S10 Plus.

If you're interested in the Galaxy S10 Olympic Games Edition, the handset is only available in Japan at the moment from NTT Docomo.  Samsung will begin shipping the limited edition handsets in July 2019. It's unclear whether Samsung will roll-out the device to other markets worldwide, although that seems unlikely. Previous Olympic Games-themed editions have not been available worldwide.

Unlike the sporty Olympic Games look, Quandt claims this new colour will be available on both the Samsung Galaxy S10 and the Galaxy S10 Plus.

Based on previous colour tweaks unveiled by Samsung mid-cycle, we can expect this stunning new colour to be priced the same as the standard Galaxy S10 range. It's unclear whether this will launch worldwide, or whether it'll only be available in select markets. As soon as we learn more, we'll update this article.