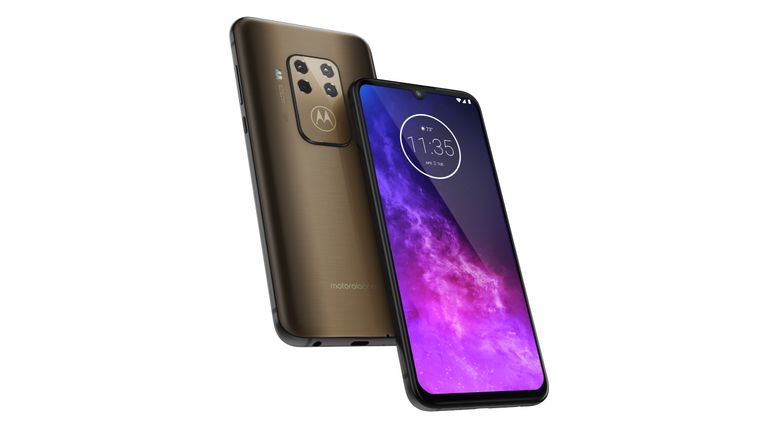 Motorola has unveiled the Motorola One Zoom smartphone at IFA 2019. The phone, which follows the Motorola One Action's launch just over a month ago, is the maker's first ever phone to feature quad-camera system and seemingly rivals Samsung's Galaxy A9 handset.

The Motorola One Zoom then partners these four camera sensors with a 25MP front-facing selfie camera, which also supports quad pixel shots.

In terms of camera features, the Motorola One Zoom now comes with the shooting mode of the moment, a low-light night mode. Dubbed "Night Vision", the shooting mode takes 8 different shots when triggered at various different image settings, and then combines them together to produce a clear, grain-reduced final photo.

Away from cameras, the Motorola One Zoom comes installed with a Snapdragon 675 CPU, 4GB of RAM, 128GB of storage space, and a 4000 mAh battery. In addition, the phone is equipped with an integrated fingerprint reader, which is an underscreen unit, and comes coated front and back with Gorilla Glass 3.

In terms of colourways, three options are available, Electric Gray, Brushed Bronze and Cosmic Purple, the latter being an Amazon exclusive. In addition, in certain European territories (which includes the UK), the Zoom comes pre-loaded with Amazon Alexa hands-free functionality.

Here at T3 we feel the Motorola One Zoom is another strong mid-range offering from the phone maker, which seems natural considering that it is in the mid-range that the market is seeing most growth right now. Technically, the handset seems to rival the Samsung Galaxy A9, coming with a similar hardware package and quad-camera system, and should appeal to the same demographic of users who prize top camera functionality and screen real estate.

More information about the Motorola One Zoom can be found on the maker's official website.