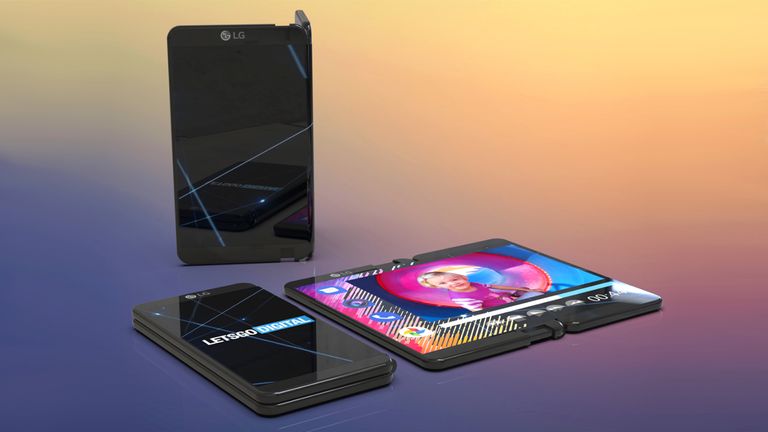 The LG Flex foldable phone could be the first handset to offer a display that actually folds outwards from itself, already offering an interesting alternative to the Samsung Galaxy X.

LG has already applied for plenty of foldable phone patent names including Flex, Foldi, Bendi and Duplex. While that suggests the company may not be able to pick a name it could also denote a plan to offer lots of variants on the foldable theme. One of these appears to be a phone that folds outwards.

According to LetsGoDigital there is an official LG patent which describes that outward folding mechanism. This uses one large flexible display which, when folded, leaves the phone with a display on the front and the back of the folded phone.

On first hearing it, this sounds like a terrible idea, creating a handset with double the screens to break. You'd have to leave it with a screen facing down, making it a scratch magnet. But on deeper inspection this move could be brilliant.

The fold means a different hinge can be used to other foldable phones leaked so far, one that could be far stronger and more durable. It also means you only need one screen, as opposed to a second smaller screen when folded, which takes up more precious space and battery life. Presuming the screen is super protected and scratches aren't a worry, this could be a real winner.

Also described in the patent are multiple cameras with stereoscopic 3D scanning capabilities and a stylus pen. Initially thought to be revealed at CES this week, it now looks more likely we'll see the phone at MWC in February at the earliest.