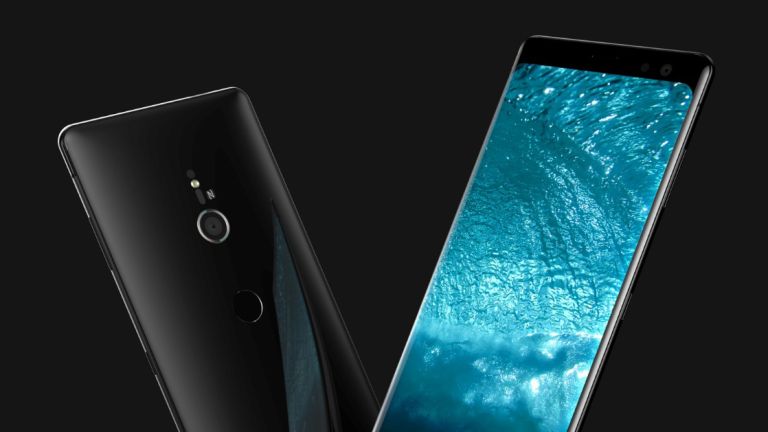 Interestingly, while the images show physical volume and power buttons, no 3.5mm headphone jack can be seen.

The 360-degree XZ3 video also reveals a top-mounted SIM and microSD card port, as well as a device packing a near bezel-less screen, which curves towards a thin silver frame on all four sides.

The Sony Xperia XZ3 video can be watched in full below:

These leaks come courtesy of tech tipster Steve "@OnLeaks" Hemmerstoffer over on the tech site CompareRaja.

And, judging by what we think we know already about the new Xperia flagship's specs, with rumours suggesting that it will pack a 5.7-inch Full HD+ display, Qualcomm Snapdragon 845, 6GB of RAM, 128GB of storage space, a monstrous 48MP rear camera sensor and, tantalisingly, potential support for 5G connections, then Sony's Android phone rivals should be worried.

And here comes your very first look at the #SONY #XPERIAXZ3! 360° video + official looking 5K renders + dimensions (as usual, based upon factory CAD), on behalf of @compareraja -> https://t.co/Atb7eUMwGc pic.twitter.com/qkUGuTxA93July 24, 2018

And, considering that all current leaks and rumours point to a dramatic, show-stopping reveal at IFA 2018 in Berlin, Germany, it looks like Sony could be about to drop one of the best phones of 2019… in 2018.

Indeed, if the Xperia XZ3 does launch at IFA 2018 and it is this well equipped, then the Google Pixel 3, Samsung Galaxy Note 9, LG V40 ThinQ, and even Samsung Galaxy S10 suddenly will be facing a powerful new rival that both delivers Sony's typically pioneering dose of world first technologies (as witnessed on the Xperia XZ2), and also none of the Xperia range's usual flaws, which tend to centre on its bezel-heavy aesthetic.

And, while nothing official has yet been confirmed by Sony, a brand new XZ3 flagship that looks this good and is equipped this well tallies perfectly with its call to action back in May, where the maker admitted that it had "not been improving its product lineup fast enough" and needed to innovate rapidly in the smartphone sector to halt diminishing sales.

It's focus areas to achieve this? They were numerous, as can be seen above in a slide taken from its action plan, but key among them were design, camera and 5G.

A 5G Xperia XZ3 as depicted in the renders and video above would go a long, long way to achieving its goal.