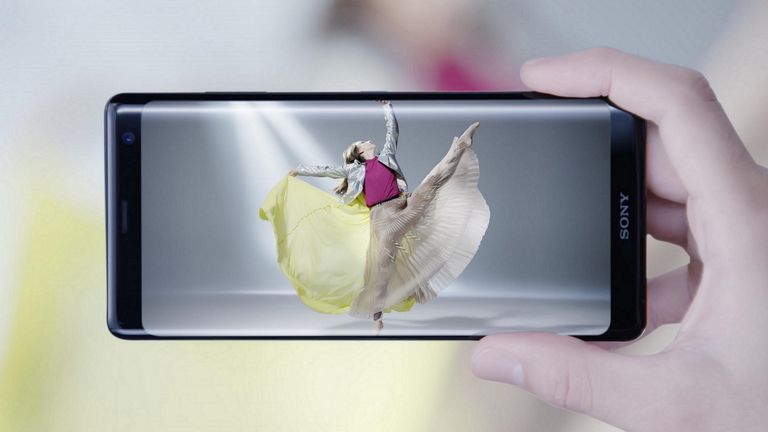 Sony delivers an Android phone in the Sony Xperia XZ3 that is a near all-round technical showcase. The new Bravia-engineered OLED screen is stunning, the internal hardware powerful, and the build quality incredibly premium. A little of the Xperia character has been lost in the Samsung Galaxy S9-style new design, though, and the camera system is beaten by Sony's own XZ2 Premium, which is an older device, as well as some rivals camera systems, too. Overall, though, it's a quality flagship that will appeal massively to audio and video enthusiasts especially.

Here's T3's Sony Xperia XZ3 review. I've been waiting to see what Sony had up its sleeve for months now, following its release of the Xperia XZ2 and Xperia XZ2 Compact earlier in 2018, as well as the Xperia XZ2 Premium, so I was interested to see how the Japanese maker was going to build on those great if not excellent devices.

Both the Xperia XZ2 and XZ2 Compact were technical powerhouses, yet fell down slightly in terms of their design, aesthetic and 3D Creator tool, which still needed work doing to them to bring them up to a level where they could compete with the top flagship-level Android devices like the Samsung Galaxy S9.

Foremost among those issues was definitely the XZ2 range's slightly dated aesthetic, with comparatively large top and bottom bezels, as well as chunky profile. If the XZ3 could address this while maintaining its top-rate technical hardware package, then I feel Sony could definitely have taken another step forward to delivering a top-table Android flagship.

After spending a couple of weeks testing out the Sony Xperia XZ3 this is my official verdict. Before we get stuck in to the review proper, though, you should check out T3's awesome hands-on video Sony Xperia XZ3 review.

The Sony Xperia XZ3 is available to order now from Sony's online store.

The Sony Xperia XZ3 costs £699 SIM-free and is available from a wide range of operators and retailers. For example, the Sony Xperia XZ3 is available through Three via Carphone Warehouse for £29.99 up front and then £38 over 24 months for a contact that includes 30GB of data, 1000 minutes, and unlimited texts.

Pleasingly the Sony Xperia XZ3 has had a total redesign, with a tall new 18:9 form factor, Samsung-style curved display, and lush new 3mm aluminium frame. This feels very premium in the hand and has a pleasingly dense presence when in use, which is something I personally like to see in my phones.

The rear of the phone features a shiny gloss backplate, which is a fingerprint magnet on the darker colourways, while the layout of the phone's rear camera and circular fingerprint reader remain in the same central locations as on the XZ2 range. The fingerprint sensor positioning is OK for my money, although with in-display readers incoming (Huawei Mate 20, reportedly), I certainly can't say it's a standout feature.

In terms of buttons and ports, the XZ3 does not feature a 3.5mm headphone jack, but does retain the series' dedicated physical camera button, which is located on the lower right hand side of the phone. Power and volume buttons, as well as a USB Type-C port complete the package.

I would be lying if I didn't say the Sony Xperia XZ3 looks very similar to the Samsung Galaxy S9 Plus, but this slightly characterless similar design I feel is still a step forward from the slightly dated, noticeably-an-Xperia one that was evident on the XZ2. Has it lost come character in the conversion? Absolutely, and depending on how much of a fan of Xperia phones you've been this will colour your perception of the XZ3.

Lastly on design and build, the XZ3 is both IP65 and IP68 rated, which is something that I feel flagship level phones really should come with.

Without doubt the highlight for the Sony Xperia XZ3 is its new 6-inch, 18:9 QHD+ (1,440 x 2,880) HDR screen. This is a notchless OLED panel and has been designed in conjunction with Sony's Bravia engineering team, the chaps who design the screen tech for the firms TV sets, and simply put it's absolutely stunning.

Brightness and colour depth is top, top-tier, easily going toe-to-toe with the premium panel installed on the Samsung Galaxy S9, HTC U12+ and, yes, even the new iPhone XS. Watching high-resolution, HDR content on this screen is jaw dropping.

Indeed, this XZ3's screen exceeds almost all rivals in terms of peak vibrancy in my opinion, and it was a pleasure to play games such as Tekken and Harry Potter: Hogwarts Mystery on the screen, as well as streaming HDR movies from Netflix, which really popped. Brightness, while not quite LG G7 ThinQ levels, is also impressive.

This new OLED screen also features some very advanced tech, too, including X-Reality for Mobile (upscaling tech that can take SDR videos to near QHD HDR), a Dynamic Contrast Enhancer and Triluminos Display for mobile. These, combined with the raw quality of the panel, really makes the XZ3's screen an absolute powerhouse in terms of visuals.

The curved, borderless screen is also fitted with 3D Gorilla Glass 5, which in my opinion is the best-in-class solution against scratches and cracks.

In terms of internal hardware, the XZ3 is equipped with a similar hardware package to the XZ2. You get a Qualcomm Snapdragon 845 CPU, 4GB of RAM, 64GB of storage space (the absolute minimum a modern flagship should come with), and a 3,300 mAh battery which returned very average real-world-usage longevity. This is a flagship-level spec, but it is definitely fair to say it is outgunned by phones like the OnePlus 6 and Samsung Galaxy Note 9, which offer slightly more across the board and score better in benchmarks.

In terms of audio, which is something that I prize highly, the XZ3 did not disappoint. The new stereo speaker with S-Force Front Surround tech makes watching videos without headphones a far more enjoyable, immersive experience than on the XZ2, with the audio carrying more depth. Naturally, Dolby Atmos content takes this to an even higher level.

One of the big new plays on the Xperia XZ3 is its new Side Sense functionality, which allows you to undertake a series of tapping and swiping gestures on either side of the phone's frame to actuate certain things, in a similar manner to HTC's Edge Sense.

For example, while browsing online a slide down the frame on either side let's you go backwards to the last page, while a double tap on either side will launch the Side Sense app interface, which works like an expanded version of Samsung's Edge Screen, allowing you to quickly access your favorite apps.

You can also use Side Sense to open the XZ3's camera application and take pictures.

During my review testing time with the phone I can confirm that Edge Sense does indeed work, although it was not bullet proof in terms of actuation, and I'd be lying to say that it was lightning fast, too. Is it useful extra everyday functionality? Yes, totally, but I doubt most users will use the full range of inputs. And, well, if you actively don't like it then it can be simply turned off.

In terms of cameras, you get the same 19MP rear camera on the XZ3 that was installed in the XZ2, which is good and delivers detailed shots, however I was slightly disappointed that you don't get the super sweet dual camera system as installed on the Xperia XZ2 Premium. Regardless, the camera itself is fast and the software comprehensive, with plenty of shooting options.

Regardless, this camera is capable of 4K, HDR video recording, and can capture super slow-motion footage (960fps) at 1080p, which remains a best in the world feature that Sony is right to trumpet. The Sony Xperia XZ3 is simply the best phone in the world for recording high-quality videos, so if you love capturing footage then this handset will definitely not disappoint.

Round the front, though, things are different from the last range, as the XZ3 comes packaging an upgraded 13MP f/1.9 selfie camera, which I feel is a marked and welcome improvement that makes it much more competitive with rivals.

Unfortunately, despite this upgrade and the fact that the phone does have a face scanner, I can confirm that the XZ3's camera system does not support biometric face unlocking.

Lastly, the Sony Xperia XZ3 comes running Android 9.0 Pie out of the box, which I feel is a major plus point for the phone. Pie is cleaner and faster than Oreo, and really helps make this heavily overhauled new Xperia feel modern and fresh.

Overall, then, I feel the Sony Xperia XZ3 is a quality new flagship phone for Sony that dramatically fixes one of the biggest issues that has held back the Xperia range for years, delivering a lithe, Samsung-style aesthetic and build that well and truly banishes the bezels and chunk of the past.

It also delivers Android 9.0 Pie out of the box, too, which adds a level of cutting edge to the package not found elsewhere, and its new OLED Bravia-engineered screen is, whisper it, probably the best smartphone screen ever made, and that's saying something when titans like the Samsung Galaxy Note 9 are so very, very competitive in this field.

The base hardware package is lower-end flagship, though, being comfortably beaten in core areas like RAM and storage space by other handsets, and I do have a few reservations about its camera system, which doesn't deliver biometric functions and doesn't deliver the XZ2 Premium's dual camera setup, either.

Other new additions, like Side Sense, need polishing, and the phone's battery life is very much in the middle of the pack in terms of longevity.

Overall, though, I can't help feel that it is a very strong step forward for Sony and is a device that should definitely have mainstream appeal. And, well... if you're an audio and video fanatic, I'll wager you'll simply fall head over heels in love with the Sony Xperia XZ3.