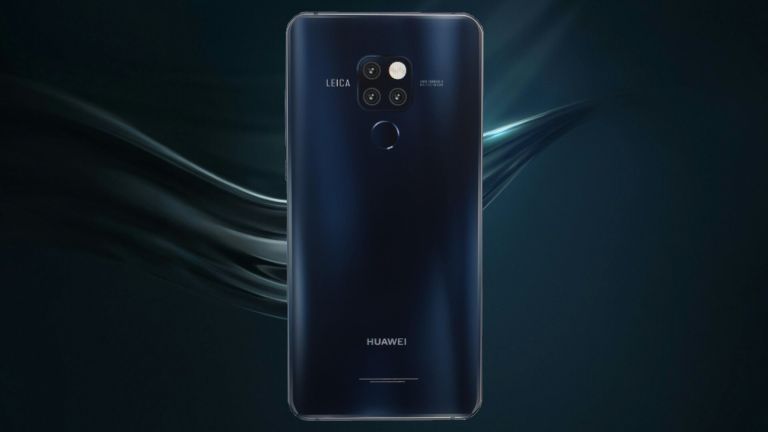 The Huawei Mate 20 Pro is surely set to arrive soon and now another leak has shown off what we may be able to expect, including a potential P20 Pro beating new camera setup.

Good old Slashleaks has revealed a new image of what the Huawei Mate 20 Pro may look like. As you can see there is a novel new camera system which uses the triple lens setup but in a square style layout where the flash is the fourth corner.

Why align lenses like this? Perhaps the variation in perspectives helps to build a better 3D model? Or maybe it's just cheaper or easier to assemble that way to make more room for things like a bigger battery. Or perhaps it's all rumour error, of course.

The rear placed fingerprint sensor suggests this could offer an even bigger screen than the current notch-toting Huawei P20 Pro. Perhaps this will also have that pop-up selfie camera that allows for a true all-screen display.

While it's all rumour at the moment, the Mate 20 Lite has already appeared on sale in some countries so expect the Mate 20 Pro to follow soon.