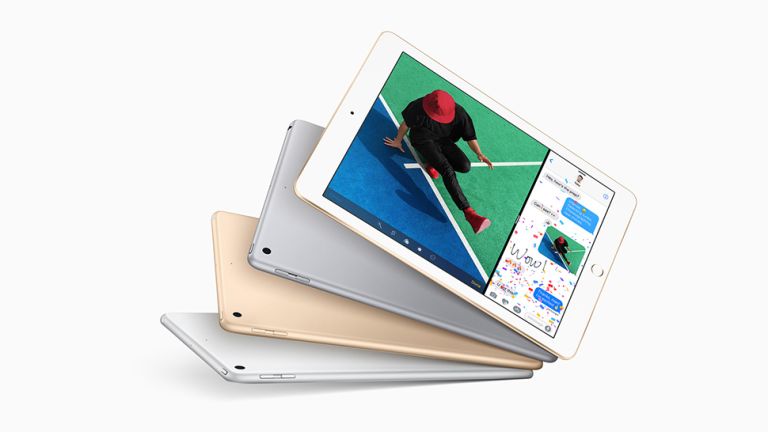 Visit the Apple website to do some iPad buying and you've got four slates to choose from, though working out the differences between them isn't quite as simple as clicking through and spending your money on one - and we're here to lay out what you need to know.

Get the lowdown on sizes, screen technology, processors and more with our complete guide to the iPad 2017 line-up. Of course you can also pick up older iPad models second hand, but for this article we're focusing on the four tablets Apple currently sells directly.

What you get with every iPad

Some features and specs apply across the board to all of these four tablets. They're all capable of running the very latest iOS 11 software, from example, which is rolling out to everyone later this year and includes some very useful new additions for iPad owners.

You can get all these iPads in a Wi-Fi-only guise or add a cellular data option. They all include Siri and Apple Pay, and support Touch ID (though the Pro iPads include a newer version of the tech). They all use a Lightning connector and have the same quoted battery life: 10 hours of web browsing using Wi-Fi, and 9 hours using a mobile data connection.

Colour options are largely the same, with all these slates available in silver, space grey and gold. The newest 10.5-inch iPad is the exception, because as well as those three colours you can also pick it up in rose gold, if you feel you need something a little more pink.

The 12.9-inch iPad Pro is Apple's biggest iPad - the first version came out in 2015 with that huge display, and this year it got performance upgrades to make sure it's still top of the range today. The high-end internal specs include an A10X processor and 4GB of RAM.

Apple wants you to use the Pro in a variety of ways: it supports the Apple Pencil and its Smart Keyboard, it boasts a 12-megapixel rear-facing camera with optical image stabilisation, and it includes four speakers. The advanced screen tech includes ProMotion for adaptive screen refresh rates and True Tone for natural colours under any lighting.

You get support for the Apple Pencil and the Smart Keyboard, the 12-megapixel camera with optical image stabilisation, the four speakers, the ProMotion and True Tone screen technology, and some other goodies we didn't mention in the section above: 4K video recording and a 7-megapixel front-facing camera for your selfies and FaceTime calls.

The new basic iPad for 2017 is technically the fifth generation of Apple's slate. It eschews some of the premium features of the Pro models to give you a decent iPad experience for a little less cash, and a smaller form factor - the display measures 9.7 inches diagonally.

Inside there's an A9 chip and 2GB of RAM, with either 32GB or 128GB of storage. You don't get Apple Pencil or Smart Keyboard support, or the advanced display tech, or 4K video recording. The cameras are 8-megapixel (rear) and 1.2-megapixel (front), and you only get two speakers for blasting out your audio instead of the four on the bigger Pro models.

It feels like the iPad mini 4 is the tablet that's loved the least by Apple itself, but we still think the smaller 7.9-inch slate has a lot going for it, starting with that smaller size and its lower price. Of course its size means it's also lighter and easier to carry around with you.

The tablet uses the older A8 processor and pairs it with 2GB of RAM, though 128GB is the only storage option currently on sale from Apple. You don't get the extra speakers or screen tech or accessory support of the iPad Pros, but you do get an 8-megapixel camera on the back and a 1.2-megapixel camera on the front, plus 1080p video recording.