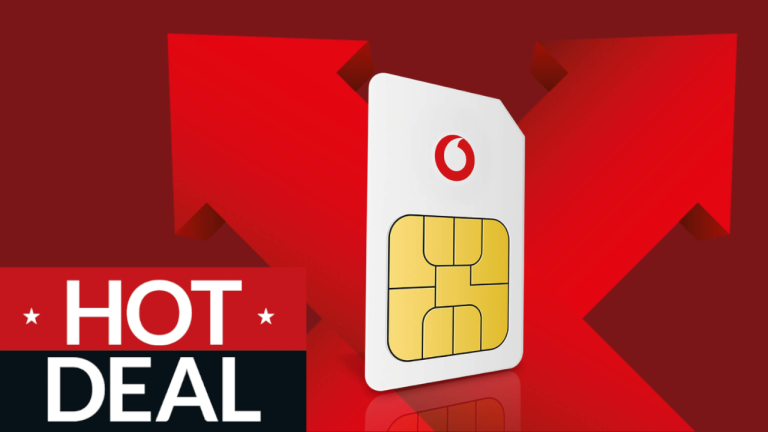 As cheap SIMO deals go, this Vodafone one is up there. Vodafone is running a handful of deals this month on SIM only plans that can nab you double and triple data, as well as some great prices on 60GB data per month starting from as low as £20.

What's more, you save an extra 20% with the promo code WINNER20 on our top pick deal, so make sure to punch it in at the checkout to bring the cost of your monthly plan down even more.

The deals we have our eye on will be coming to an end on 24 February, so you have a week to decide if these 12-month, pay monthly deals are for you. With these deals, Vodafone is offering some pretty competitive prices as well as bumping up the available data in each package significantly. Usually, the £30 bundle would come with 20 GB of data included: now it's 60 GB of data.

If you're in the market for a new SIM and want to save some money by buying a handset outright - like this super cheap Google Pixel 3a deal - or you're set for a phone and want to reduce your outgoings with a SIM only deal, it's worth taking these Vodafone deals into account, because they're just too good to miss out on.

Take a look at what's up for grabs below:

Vodafone SIM only | 10GB data | Unlimited mins & texts | £12 per month | 12-month plan | Available now at Vodafone with code WINNER20
This double data deal with a 20% discount takes what would usually be a 5GB per month SIM only plan for £15 per month and tuns it into 10GB per month for £12. It's a steal, and the only catch is that you have until February 24 to make good on it. Sure, you'll be tied in for 12 months, but at this price, you're unlikely to find cheaper. You may need to do a bit of scrolling to get to it.View Deal

There a few other deals available, like this 3 GB data for £11 per month, but it's not eligible for the 20% discount, so even if you think 3 GB is plenty, we would urge you to pay an extra £1 per month to get an extra 7 GB of data. If your usage is on the lower end, you won't have to worry about getting into the upper echelons of anything over 3 GB in case you have a data-heavy month.

If you're looking to save even more money, check out T3's best SIM only deals for February with prices starting from as little as £4 per month. You'll need smartphone to pop your SIM into, so swing by our best phone deals while you're at it.