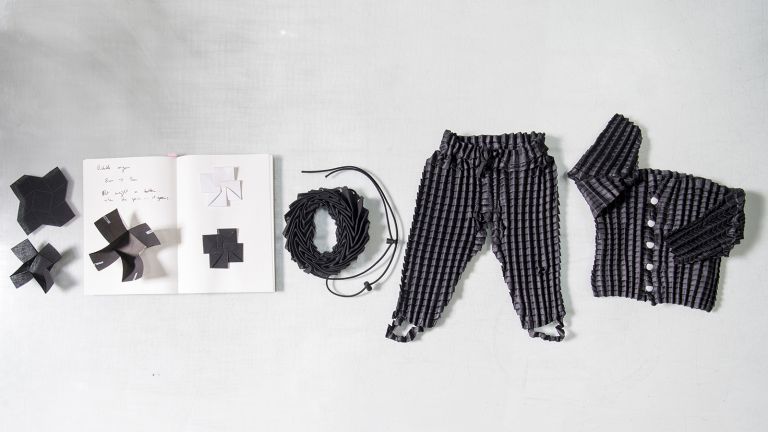 The winners of this year's James Dyson Awards were announced yesterday, and its the UK winner's design which has really caught our eye.

This year the Dyson competition's brief was simple: design something that solves a problem.

Ryan Yasin, a 24-year-old graduate from Imperial College London and the Royal College of Art, was frustrated by how quickly his baby nephew outgrew his clothing. Not only is it expensive, but it also has an environmental impact.

His invention is called Petit Pli. It's a range of clothing designed to comfortably fit a child from the age of six months up until three years old.

To achieve this, Ryan employed the Negative Poisson’s ratio. Now, we don't want to seem condescending (we're sure you know what that is), but just in case you don't, it essentially allows the material to expand in two directions at the same time.

You can see it in action below:

The pleated structure of the clothing is heat treated to ensuring the items can be expanded and collapsed any number of times. It can even be folded down small enough to tuck away in your pocket.

The material is finished with a hydrophobic coating to ensure it's waterproof.

Not only is all of this extremely practical, it looks incredibly cool as well. We love it, although, we'd also like to see a range of adult clothing that expands as we get fatter.

As winner of the UK James Dyson Award, Ryan has been awarded £2,000 to help develop his invention. He also moves onto the international round of the competition, which puts him in with a chance of winning a further £30,000.

The International winner will be announced on the 26 October 2017.