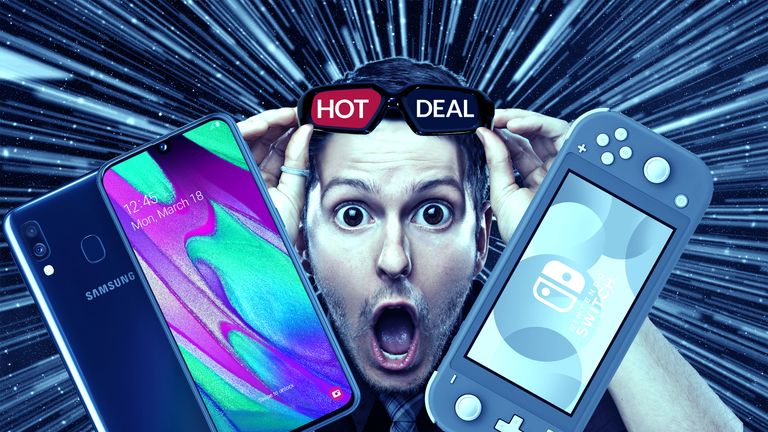 Black Friday deals are often great for landing fantastic bundled extras, but very rarely do you find a free gift offer that is anywhere near this level of brilliant. That's because, right now, if you pick up a Samsung Galaxy A40 with SIM plan over at Mobiles.co.uk, then you get a Nintendo Switch Lite games console for free.

Yes, you read that right — a Nintendo Switch Lite for absolutely nothing.

The Samsung Galaxy A40 comes packing a triple-lens camera system with teardrop-style notch, a 5.9-inch display, a Exynos 7885 processor, 4GB of RAM, 64GB of internal storage (expandable to 512GB) and a 3,100mAh battery.

The SIM plan you get with deal is also bang on-trend, with network O2 delivering unlimited minutes and texts, as well as 12GB of data, for just £29 per month.

And, well, the Nintendo Switch Lite is the beauty of a console that currently offers a fantastic play at home and play on the go gaming experience.

Buy Samsung Galaxy A40 with O2 SIM | Get Nintendo Switch Lite free
Holy moly! Now this is a Black Friday beating mega deal if ever we saw one. Pick up a Samsung Galaxy A40 right now over at Mobiles.co.uk on contract and you get a completely free Nintendo Switch. That's the new incarnation of the fastest selling console of all time, that delivers fantastic entertainment at home and on the go, for absolutely nothing. The O2 contract is competitive, too, delivering unlimited minutes and texts, as well as 12GB of data, for just £29 per month. The upfront fee for the phone is a super affordable £25, too. Naturally, stock of this epic bundle is limited, though, so we advise you to move now if you are interested.View Deal

Our Nintendo Switch Lite review tells you everything you need to know about this fantastic console, while our best Nintendo Switch games guide shows you just how many amazing, must-play experiences there currently are on the system.