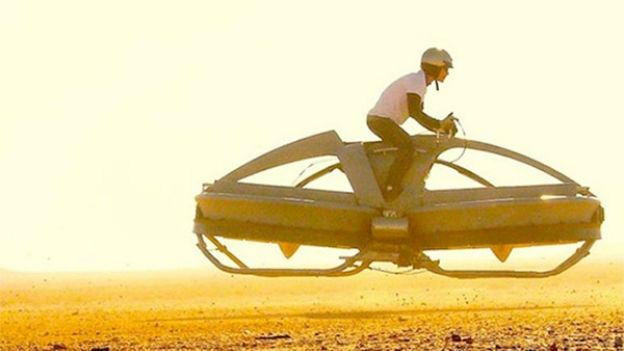 Aerofex's hoverbike made waves back in 2012, when the Californian firm unveiled the working prototype. Now the company's back and allowing you to actually buy the thing.

Aerofax has finally announced a price for its upcoming hoverbike and all it'll cost you is a mere £50k.

The hoverbike seats two people; wheels have been replaced by carbon fibre rotors powerful enough to lift you 10 feet up in the air.

The Aero-X can reach a top speed of 45mph and its creators have revealed it can run for one hour and 15 minutes - making it perfect for a quick trip down to the shops. Although it has a weight limit of 310 pounds to keep in mind.

There you have it, next time you win the lottery, you'll know what to buy. Have a look at the video below to see the hoverbike in action.