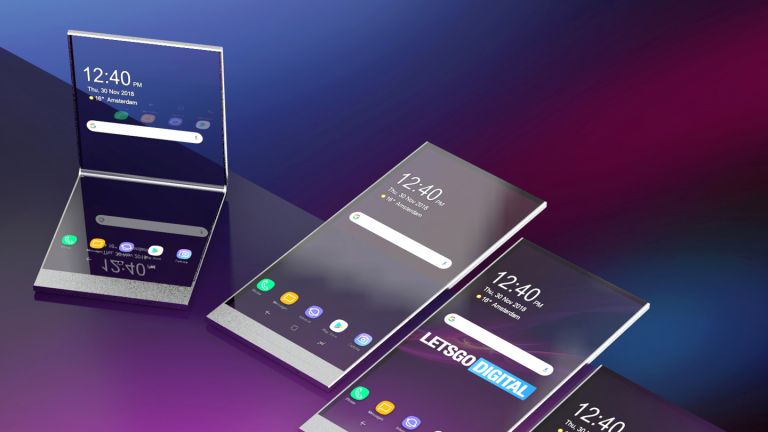 Sony has recently applied for a patent for a folding smartphone that, according to renders created by Dutch tech blog LetsGoDigital, looks to be taking a similar form factor to the upcoming 2019 Motorola Razr reboot.

If Sony launches this folding handset, it would join a host of other as-yet-unreleased folding phones which are waiting in the wings. First, there's the troubled Samsung Galaxy Fold which has had its launch delayed. Then there's the Huawei Mate X which Huawei doesn't seem in any great rush to release.

There's also a folding phone prototype from Xiaomi and a 2019 reboot of the fondly remembered Motorola Razr. None of these handsets have a release date, leaving us in the tantalising situation where we have a whole load of potential folding phones to choose from but none that we can actually buy. (Unless you count the Royole FlexPai, but trust us, you don't want to buy that).

Sony Mobile has been having a horrid, torrid time of late, facing competition in the form of cheaper phones from Chinese manufacturers and high end competitors such as the Samsung Galaxy S10 and Huawei P30 Pro, and it's seen sales of its Xperia handsets slump as a result.

So this folding Xperia, if Sony gets it to market, could turn the beleaguered phone division's fortunes around. Onze Nederlandse vrienden at LetsGoDigital have examined the patent application, which was published on 27 June 2019, to see what Sony envisages.

The flexible screen apparently has three sensors: a pressure sensor, temperature sensor and an acceleration sensor. Reportedly, a photo sensor and a resistance sensor can also be added. These sensors can detect how the smartphone is being held and then the display can be adapted accordingly.

That means, for example, that if someone is looking at one side of the phone in its folded mode, with the screen on the outside of the fold, the side facing away from the user could show a screensaver or a static colour. This would provide privacy to the phone user and potentially save battery life, too.

While the documentation shows the technology applied to a smartphone with the screen on the outside when the device is folded, patent sketches also show that it can be applied to a phone with a double-sided display – both foldable, one on the front and one on the back. That's a lot of screen and a lot of screen configurations! You might want to pause to imagine that for a moment.

The question now is: will Sony Mobile, a division which has drastically reduced the size of its operations in recent years and even "defocused" on regions including Australia, Canada, South America and Mexico, put a stack of resources into creating a folding phone which may or may not be what the market wants? My guess is that we're more likely to see an update to the Xperia 1 instead.