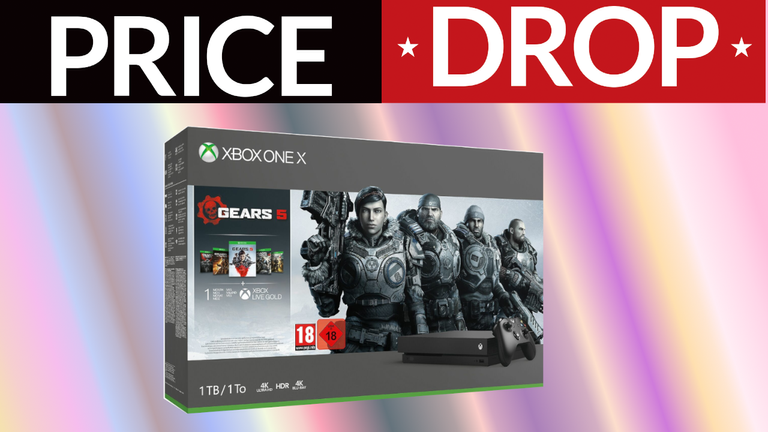 We all know that purse strings are a bit tight this month in the wake of Christmas but if you put some money aside to grab yourself a treat in the January sales, this is the one to splurge on; a 1TB Xbox One X console at an amazingly low price bundled with the platform exclusive Gears of War 5 as well the first four games in the series, a one-month trial of the Xbox Game Pass, one month of Xbox Live Gold, and of course an Xbox Wireless Controller.

This bundle usually comes in at around £350 at other online retailers, but you can find it over on eBay right now for just £300. It's the best value deal on this bundle right now and you'll come away with the most powerful console of this generation as well as the epic Gears of War games. Check out more details below:

Xbox One X 1TB + Gears of War series + 1-month Xbox Game Pass + 1-month Xbox Live Gold | Deal Price: £299.99 | Save: £50
Even without the free Xbox Game Pass trial, this is a great introduction to Microsoft's platform, coming in at the top end of tech currently available to games consoles along with Gears of War: Ultimate Edition, Gears of War 2, 3, and 4, and the newest instalment in the franchise that features female protagonist Kait Diaz.View Deal

This bundle is going to be significantly less expensive than the next-gen Xbox Series X and PlayStation 5 and will set you up for a few years at least, so if you're not interested in being an early adopter and want to hop on the next-gen bandwagon when it's not so expensive and has a wider library of games, this will perfectly bridge the gap.

You'll be able to enjoy 4K gaming on a console that will barely break a sweat, and what's more, Microsoft has confirmed that the games coming to the Xbox Series X will be backwards compatible across the whole Xbox family. We heartily recommend going for this bundle and don't forget to check out the upcoming Xbox games for 2020 to start building your collection.