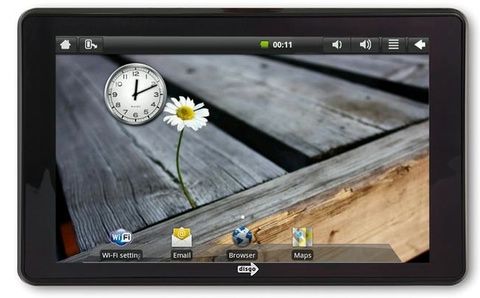 Another day, another tablet announced.

We reported yesterday the slightly bizarre story that high street retailer Next is launching its own-brand touchscreen tablet for £180 (don't get too excited, read the article), but now it seems even that will have a competitor, in the form of the Tablet 6000 from hardware company Disgo.

The budget Android tablet will reportedly have a 7-inch screen, 256MB of RAM and 2GB of storage, although that will be ugradeable through memory cards. It's also got WiFi, and will carry two mini USB ports and a mini HDMI port.

There's no word on battery or life or whether the screen will be capacitive and multi-touch, although the screen on its competitor from Next is not. The Tablet 6000 is slated for a pre-Christmas release, although this has also not been confirmed, with Disgo's site for the tablet merely saying "coming soon".