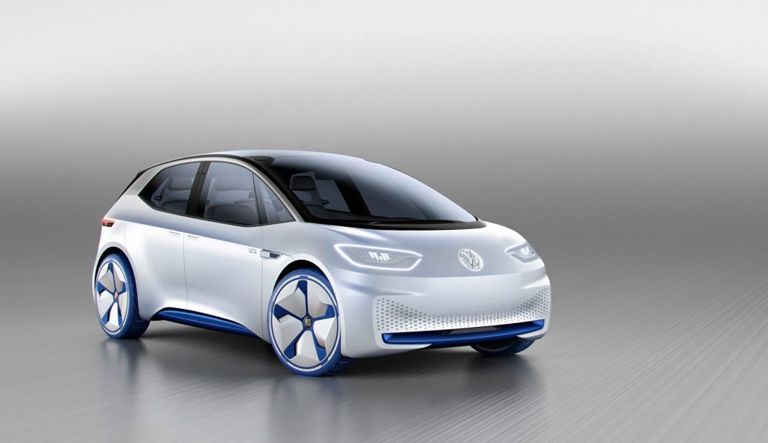 The movie I,Robot featured a future Audi with a steering wheel that moved into the dash for autonomous driving. We hoped it would be coming but didn't dare dream it'd be here so soon, or that it would be a VW.

VW just revealed its electric I.D. concept, which does exactly that and it says will be here by 2020. The car, announced at the Paris Motor Show 2017, is the VW vision of the future of driving.

Yes it's still a concept and yes the autonomous mode won't be activated until 2025 but the future of self-driving electric cars is finally close enough to see.

The car will feature VW Group's Modular Electric Drive (MEB) platform that will mean it's a car built around the battery. That should result in far more space inside the car for passengers. It will feature a large HD display, haptic feedback and gesture controls.

Expect to hear more on the Volkswagen MEB platform in the near future and, even more exciting, expect to see the I.D. soon. VW says it will begin production of this wonder car in 2019 for its 2020 release on the roads.