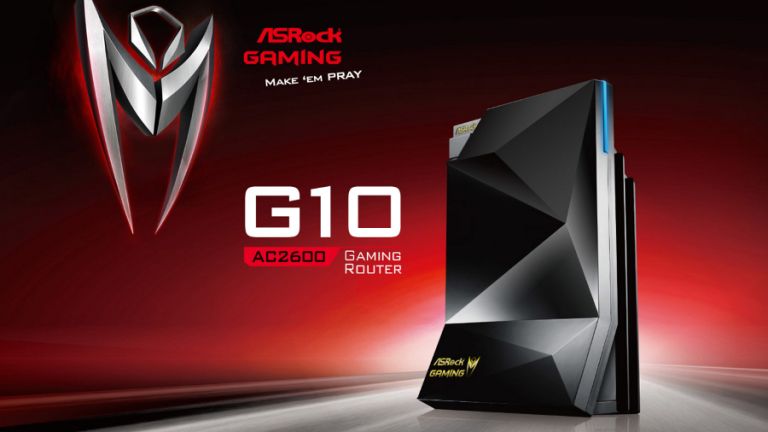 ASRock has announced the availability of its G10 router, which is being aimed at gamers looking to make their Wi-Fi ping as low as possible.

The G10 will ship on November 14 over in Japan, Guru 3D reports, and is also expected to be available in some other markets by the time November is out – and hopefully that means the UK.

So what does this 802.11ac router do for gamers to justify that price tag? It boasts 8 dipole high power antennas, beamforming, and Multi-User MIMO, with claimed performance of up to 1733Mbps on 5GHz, and 800Mbps on 2.4GHz.

The router also has a gaming boost mode, which automatically ensures more bandwidth is delivered to any connected gaming device, such as your console or PC.

The G10 sports a pair of USB 3 ports so you can hook up your NAS, printer or similar, and you get the standard four LAN ports. ASRockclaims that setup is a breeze, and the company has thrown in a few fancy tricks for good measure.

One of those is the ASRock Router app which can be used in conjunction with the G10 to turn your smartphone into a universal remote, also allowing you to control appliances when you're out and about via your mobile, should you wish.

ASRock even supplies a little travel router with the device, a small dongle which offers 802.11b/g/n Wi-Fi over 2.4GHz.