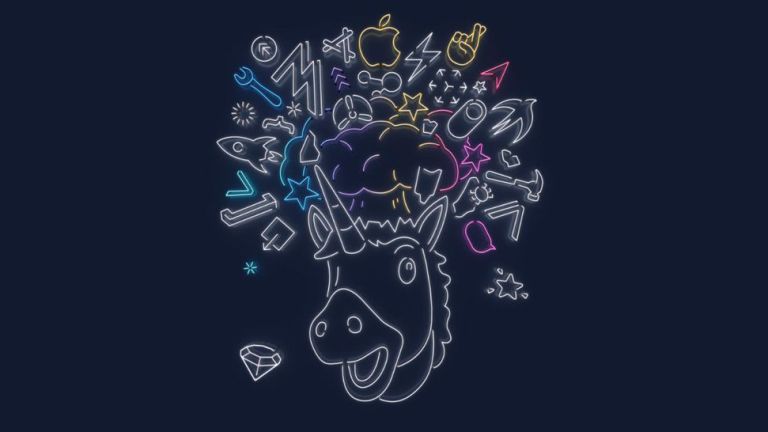 Apple has started to mail out invites to its annual Worldwide Developers Conference (WWDC) in San Jose, California. The week-long event, which kickstarts on June 3, will likely see the Californian company unveil the first-look at its next major operating systems updates, including iOS 13, macOS 10.15, tvOS 13 and watchOS 6.

However, it seems Apple is keeping everyone guessing with the design of its WWDC 2019 invitations. In previous years, Apple has used its invites to subtly (and sometimes not-so subtly) hint at what we can expect from the ensuing keynote.

But don't expect much in the way of pun-filled tagline or visual clues in the latest round of illustrations created by the Apple marketing team. Our chums over at TechRadar have shared the design featured on their invite to WWDC 2019 and it follows a similar approach to webpage that originally announced the conference.

Everything appears as a line drawing, with a neon-like effect to the illustrations, like the shop window of your local tattoo parlour. Front and centre, there is a grinning unicorn AniMoji with a variety of symbols associated with iOS and macOS erupting from its head, like it's just had a killer app idea. Given that Apple is promoting its latest World Wide Developer Conference with the tagline: “Write code. Blow minds", this seems like a pretty solid interpretation of the image. A+ to us.

Scouring the image, we've picked out the symbols for the App Store, TestFlight, ARKit, Swift, iMessage, the Share function on iOS and macOS, LaunchPad, and more.

Not much is known about the actual operating system announcements due to be announced next month. However, Apple is widely-believed to have pulled a dramatic iOS redesign that completely reimagined the home screen, which is currently a simple grid of icons to represent each app installed on the device, ahead of WWDC last year in order to double-down on stability improvements instead.

It's unclear whether this overhaul to iOS is back on track to launch in September, when Apple typically rolls-out its major mobile operating system updates. It's worth noting that iPhone 6 owners might want to avoid getting too excited at the announcements previewed around iOS 13 this year, as rumours suggest they'll be unable to actually get their hands on the update when it lands.

The opening keynote, which is when Apple executives will take to the stage to highlight some of the best features in the upcoming software, kickstarts 6pm BST on June 3, 2019. That's 10am PDT or 1am EDT.