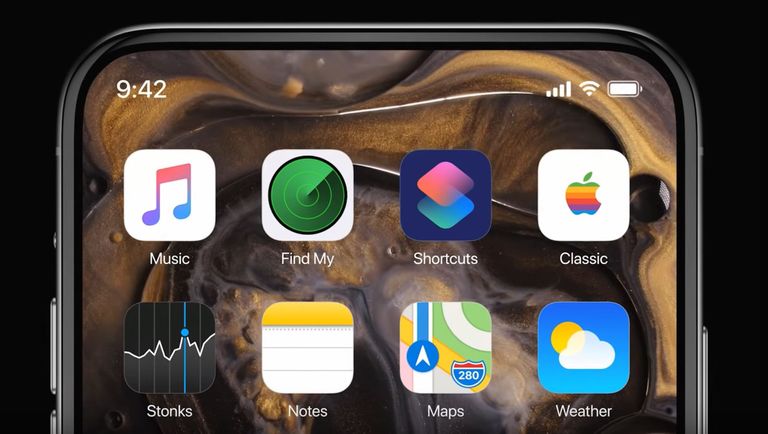 Imagine a device that brought together all of the futuristic features manufacturers are so desperately trying to bring to life. It would have an under-screen camera, right? Right. An edge-to-edge, top-to-bottom screen? Absolutely. No notch? You betcha. Enter iPhone 12 – or rather, a concept of the forthcoming handset.

But before we introduce the render, we need to clear something up. This is a concept, based on a visualisation of what a lone individual would like to see. It's in no way, shape or form based on leaked information, schematics, or anything of the sort. It's purely for entertainment purposes, to show us what the future may hold.

In fact, we can say with somewhat certainty that the curved frame showcased in the concept video won't be present on the iPhone 12. At least, that's according to reliable analyst Ming-Chi Kuo, who recently predicted that Apple's next flagship iPhone will adopt a boxier design that's more in line with the iPhone 4 of 2010.

Unfortunately, we have a long time to wait until we find out what exactly Apple has up its sleeve. The iPhone 11 has only just hit the shelves and the iPhone 12 isn't expected to be announced until September 2020. Ouch. But one thing is for sure: This isn't the first concept render we've seen, and it definitely won't be the last.