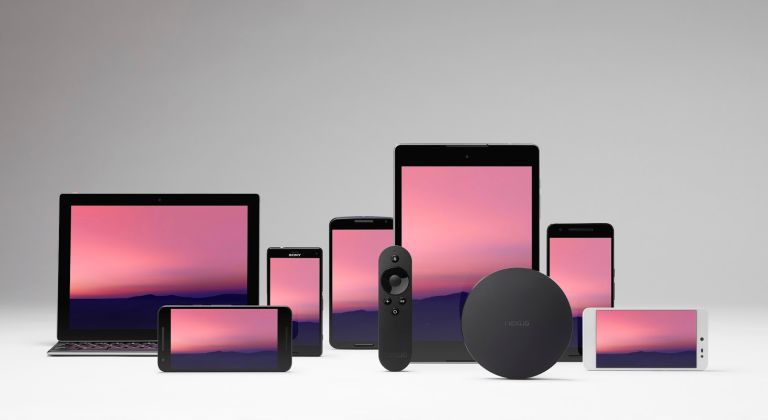 Android 7.0 Nougat is starting to roll out Nougat is on board the new LG V20 - seems like it will also be aboard two new HTC Nexus handsets this Autumn.

Announced at Google IO 2016, Android Nougat brings a bunch of further enhancements to the incredibly popular mobile OS including better performance for graphics and effects, reduced battery consumption and storage, background downloads of system updates, streamlined notifications so you can power through them faster, and updated emojis including 72 new ones (woweeeeee).

Read on for more on all these new Android Nougat features.

There's now a Android Beta Program You need to own a Nexus 6, Nexus 9, Nexus 5X, Nexus 6P, Nexus Player or a Pixel C. If you sign up now, you'll immediately get Android 7.0 Nougat.

What about other handsets?

News on this is thin on the ground, but HTC has released this statement: "We're excited to receive final shipping Android 7.0 Nougat software from Google. We expect the update to begin rolling out to the unlocked HTC 10 in Q4, followed by unlocked HTC One M9, unlocked HTC One A9, and carrier versions of these devices."

Google says that Android has been leading the way with customisation since day one (homescreen widgets, anyone?) With Android Nougat, you'll have even more ways to make your phone your own, including:

During the product demo, we were shown Google Assistant looking up movie listings as well as processing phrases like "is that any good?" to find reviews or a trailer – the point being that it uses conversational cues. You can chat one-on-one with the assistant, or call on Google in a group chat with friends – so you can ask if your flight is delayed using natural language.

Keen to move beyond Google Now, Google also demonstrated Allo, a smart messaging app and Duo, a video calling app 'for everyone'. Allo and Duo will be available this summer on Android and iOS.

More at How Google is going beyond Google Now with Assistant, Allo and Duo

Google says it has been able to rewrite some of the fundamental aspects of the new OS. For Android Nougat, we are focused on three key themes: performance, productivity and security. The first Developer Preview introduced improved software performance, faster app installs faster, and less storage taken up .

Apple wants one of its tablets to replace your laptop and Google has similar plans - that's partly why Android Nougat includes a multi-window mode that lets you view apps side-by-side. Samsung has offered this via its own TouchWiz twist on Android for some time but now it's coming to the stock edition of the software as an officially approved feature.

Apps can be placed next to or on top of each other and the feature currently works with a long-press on the title bar of an app on the Overview screen (press the square symbol to see it). The size of each window can be adjusted using the black bar in the middle. Obviously this works best on devices with larger screens, including Android tablets.

You can also switch between your two most recently used apps by simply double tapping the Overview button.

Google says it has worked to bring mobile-quality VR to Android Nougat. Here's what it said in a blog post.

"We've worked at all levels of the Android stack in N–from how the operating system reads sensor data to how it sends pixels to the display–to make it especially built to provide high quality mobile VR experiences, with VR Mode in Android. There are a number of performance enhancements designed for developers, including single buffer rendering and access to an exclusive CPU core for VR apps.

"Within your apps, you can take advantage of smooth head-tracking and stereo notifications that work for VR. Most importantly, Android Nougat provides for very low latency graphics; in fact, motion-to-photon latency on Nexus 6P running Developer Preview 3 is

Notifications are hugely important for any mobile OS, of course, and Google has tidied up the ones in Android with this N release. Alerts are now more tidily grouped together, so you don't get overwhelmed with a hundred email messages or Facebook updates, and there's improved support for dealing with notifications without launching any apps.

In practice that might mean replying to a message on Hangouts right from the notification shade, but developers are going to need to build this functionality into their apps before you can use it. The notification drawer has been slightly redesigned too, with less space between notifications and updates stretching right to the sides of the device's display.

Android Nougat also introduces seamless updates, so that new Android devices built on N can install system updates in the background. Similar to the way Google Chromebooks work, this means that new devices can automatically download the latest version of the OS.

Whether you discover an app from search, social media, messaging or other deep links, developers will be able to enable a fast and powerful native Android app using Android Instant apps without needing to stop and install your app first. These 'apps' will work compatible with all Android devices running Jellybean or higher (4.1+) with Google Play services.

Remember the Doze feature Google introduced with Android Marshmallow? If you don't, it's designed to put apps into a kind of standby mode whenever you're not using your smartphone or tablet - if your device is still for an extended period of time then Google puts your apps into a special low-power mode, reducing the strain on the battery.

With the introduction of Android Nougat, Doze kicks in as soon as the screen goes off, rather than waiting for your device to be still for a certain period of time- your phone doesn't have to be still. Once developers adopt the new system, the battery life on your smartphone or tablet should be extended even further. Important alerts can still be given a special high priority where necessary.

It's now a scientifically proven fact that the blue light emitted by our mobile devices messes up our sleeping patterns, which is why iOS 9.3 will introduce a special Night Mode... and Android Nougat is joining the party too. It applies a red filter to the screen and dims the brightness to make the display easier on the eyes in darker environments.

You can turn Night Mode on and off manually or have it adjust automatically based on the time of day. This feature was actually included in the developer editions of Android 6.0 Marshmallow before getting cut at the last minute, so let's hope it survives into the final release this time around - the quality of our sleep could depend on it.

For the time being Google is flagging this up as an Android TV feature so it remains to be seen if it'll appear on smartphones and tablets too, but picture-in-picture would enable videos to play in a small box on screen while you get on with something else - like multi-window support, it's likely to come in very handy for those with Android tablets.

Support for picture-in-picture needs to be enabled by the apps themselves and as Android Nougat has only just appeared we can't try it out for ourselves just yet. The image above shows how it'll look: this is the picture-in-picture feature available in the current version of YouTube for Android, which lets you minimise video playback as long as you don't leave the app.

As always, Android is built with powerful layers of security and encryption to keep your private data private. For new devices coming this fall, we've also added new features like Seamless updates, File-based encryption and and Direct Boot.

Android Wear 2.0 (OK, yes, we know this isn't Android Nougat) features a bunch of improvements to the wearable OS, with UI improvements, new watch faces, messaging, and fitness enhancements. Apps can be standalone from your phone and have direct network access to the cloud via a Bluetooth, Wi-Fi, or cellular connection.

Also read our latest take on the Android vs iOS debate