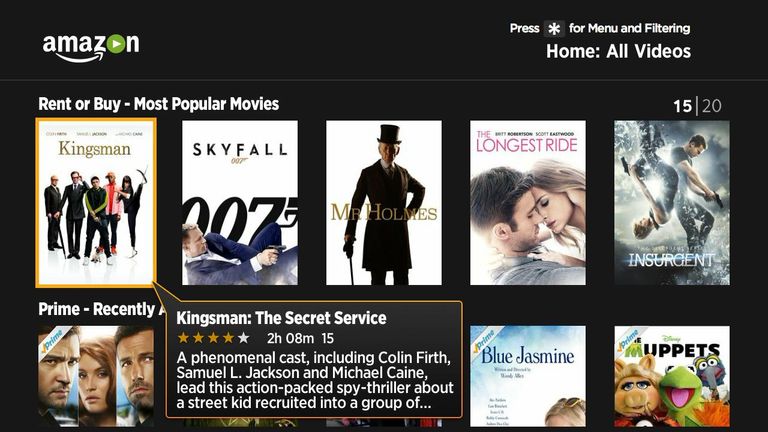 The Roku ecosystem has just welcomed Amazon Video into its ever-increasing suite of streaming applications. And that could make it the platform of choice for anyone without an Apple fixation in terms of media streamers.

With Amazon Video now being available across all the Roku devices in the UK that means it's now rocking the full stock of major streaming services as well as all the catch-up TV options too.

Adding Amazon Video to Netflix, Sky Store, NOW TV and Google Play Movies makes it the most widely connected service in the UK and with iPlayer, ITV Player, All 4 and Demand 5 apps all available too, why would you go for any other streaming device for your living room?

Certainly the new Apple TV is going to have a hard time justifying its existence to anyone who isn't a card-carrying member of the Apple fan-club.

Even its vaunted Universal Search function has been on Roku for a while now, and Apple is unlikely to see a native Amazon Video app anytime soon either.

Frustratingly though the device which could now become the complete Apple TV killer though isn't yet available to us in the UK.

The Roku 4 box has recently been released in the US, packing 4K playback into its svelte chassis. With Amazon Video providing its Ultra HD Prime library for no extra cost to its Prime members it's the perfect partnership for when it does appear on this side of the pond.

Roku has told us that it hopes to eventually see the Roku 4 released in other countries but that's a long way from giving us any idea as to when we'll actually see the powerful wee streamer hitting these shores.