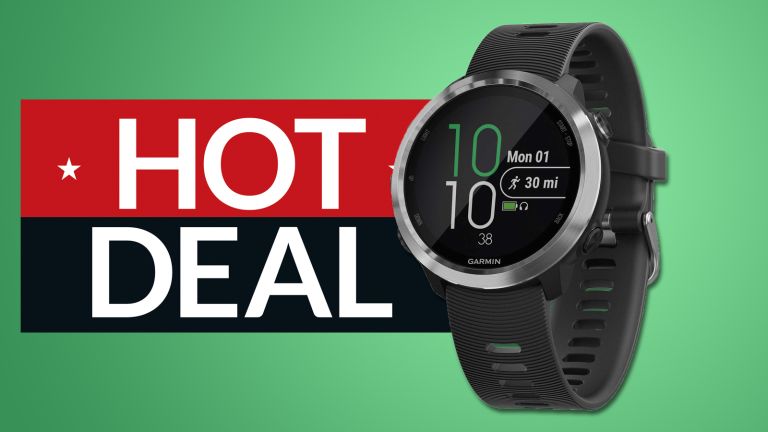 We have been absolutely spoilt this week with cheap fitness smartwatch deals and – to box the week off in the similar fashion – here is one more cheap Garmin watch deal for you: get the Garmin Forerunner 645 Music for £75 off at Argos, now.

One might think that Black Friday deals have started happening already, with all these great prices on smart wearable devices. We still have the Fitbit family bundle deal and the Fitbit Aria 2 smart scale deal going on as we speak, in case you are interested in Fitbit deals more.

Also, BeaverBrooks still has the Garmin Fenix 5S Plus deal on, get this top fitness smartwatch for £200 off today!

Why you should buy the Garmin Forerunner 645 Music

The name Garmin needs no introduction to anyone remotely interested in outdoor activities. You might know them for their excellent Approach golf watch series or the diving ready Descent Mk1. But it is most likely that you know them for their sublime Forerunner series, beloved amongst runners, cyclists and triathletes alike.

The Garmin Forerunner 645 is the upper-midrange entry to the Forerunner range and the one discounted by Argos is the more capable version with built-in music storage.

On top of that, it has a bright 1.2" screen (slightly smaller than the Garmin Fenix 6 Pro and on par with the Polar Vantage V), integrated GPS, is swimproof, dust resistant and only weighs 42 grams, not something that'll get in the way on your runs.

The Garmin Forerunner 645 Music also supports smart notifications and has a battery life of up to seven days, something the Apple Watch Series 5 wish it had.

Now £75 off at Argos, a brilliant price for a great fitness smartwatch it is!