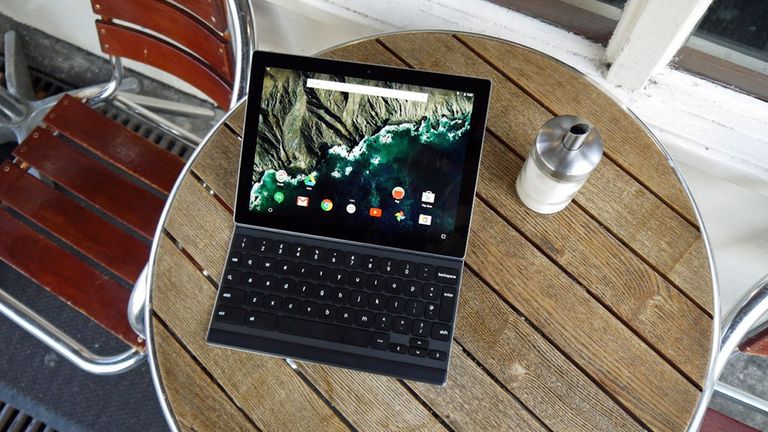 Back in 2015 the Pixel C tablet introduced the Pixel branding to smaller mobile devices, following the Pixel Chromebook (2013) and preceding the Pixel phone (2016). Since then though, Google has been noticeably inactive when it comes to developing tablets.

What gives Google? While we're expecting a follow-up to the Pixel smartphones later this year, a new Pixel tablet seems further away than ever - and that's a shame. Here are some of the reasons we think another Pixel tablet deserves to be on Google's drawing board.

Big screens have their uses

Tablets haven't set the world on fire in the same way as smartphones have - they don't need to be upgraded as often, for a start - but there are undoubtedly plenty of situations where big screens are better screens.

Whether you're settling down for some Netflix on the sofa or browsing your favourite online forum, having that extra screen space can really come in handy sometimes. Okay, smartphones are getting bigger and bigger all the time, but they're still nowhere near the 10.2-inch screen sported by the Pixel C.

The benefits of a tablet are even more noticeable when you're on the move, as (with the right accessories) they can double up as bigger smartphones and smaller laptops. Apple and Microsoft are getting very good at building tablet/laptop hybrids, which we'll get on to in the next section.

While some still debate the usefulness of tablets - and Google executives might be among them - they've still definitely got a place in our gadget-filled world. Without a top-quality, stock Android model on sale though, the whole market suffers.

The competition is getting fierce

Apple hasn't given up with its iPad line, trying time and time again to convince more of us to take them seriously as productivity machines. iOS 11 is going to usher in even more desktop-like features for iPads, like a dock and support for dragging app windows around the screen.

As the booming iPad accessory market shows, plenty of people are interested in making the most of the portability of a tablet, at the same time as having the option of turning it into a makeshift laptop when necessary.

Microsoft is another company making the most of the tablet/laptop hybrid format, thanks partly to the flexibility of Windows 10, which can neatly adapt to the tablet form factor. The keyboard and stylus-equipped Surface Pros are proving there is still demand for devices somewhere between a laptop and a smartphone.

It seems a long time ago now, but Android 3.0 Honeycomb emerged in 2011 to cater specifically for devices with larger screen sizes. Unfortunately, in the six years since, Android hasn't really progressed much in terms of the way it handles bigger screens.

Android works fine on tablets, of course, but you'll spot a few rough edges: apps stretched to fill the display, apps that haven't been updated at all for tablets, and so on. Many of Google's own apps can adapt nicely to a tablet format, but plenty of others - and Android itself - don't look so slick. Unlike iOS 11 or Windows 10, Android O doesn't have any special features designed to improve the experience on tablets.

A new version of Android gets rolled out every year though, and Google's apps are updated much more regularly than that, so there's plenty of opportunity to rectify the situation and make the mobile OS better suited to bigger screens.

And if there's a flagship device out there - a new Google Pixel tablet, for example - then app developers will be more motivated to upgrade their apps for tablet devices and maybe throw in a few exclusive extras as well.

So what are the chances of getting new Pixel tablets in the near future? At the moment those chances are looking pretty slim, with no hint of a new tablet device from Google. The company has also been pretty quiet on the Chromebook Pixel front too.

That's a pity, especially considering Google is making a new push into hardware with its Pixel phones and smart home speakers. Remember the Nexus 7? It proved Google (in partnership with Asus) could make tablets that were cheap and popular, and well suited to the way we live our lives in the 21st century.

The iPad Pro and the Surface Pro are both serious bits of kit that make the tablet form factor more appealing than its ever been before, with its clip-on keyboards and ultra-sensitive styluses. Fair enough, Android users have options with the Samsung Tab series, but we're sorely missing a stock Android, Google-approved device.

We're not giving up hope yet - presumably these kind of conversations are happening inside Google all the time, so a Pixel D tablet might eventually see the light of day.