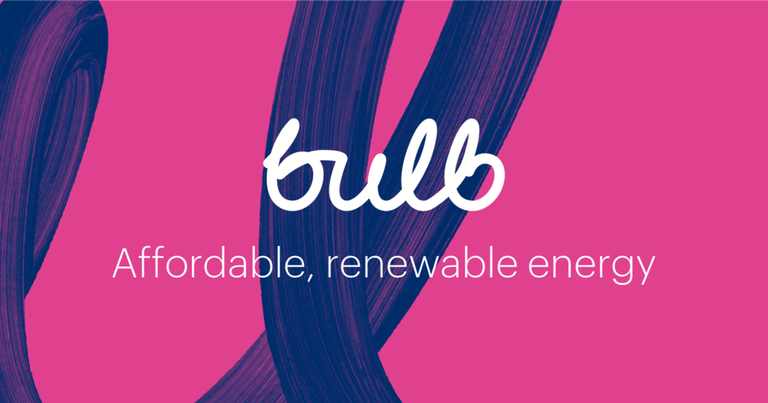 Bulb Energy supplies 100% renewable energy. It’s one of the cheaper providers, consistently scores highly on customer service, and there are no exit fees. Plus you get £50 if you refer a friend. There’s every reason to switch.

Bulb Energy is the UK’s fastest-growing green energy supplier. Launched in 2015, Bulb Energy started as an idea between friends Amit Gudka and Hayden Wood. Today, it supplies 1.4 million homes with affordable, renewable energy. So should you switch to Bulb Energy? Here’s everything you need to know to make the decision.

How green is Bulb Energy?

Bulb Energy supplies 100% renewable electricity. For every unit used, the company ensures a unit is produced and put on the grid by a renewable source including solar, wind and hydro.

It does this in two ways. Firstly, Bulb Energy has direct relationships with renewable generators across the UK to purchase its output – electricity comes from sources such as Llyn Brenig Hydro in North Wales, for example. Secondly, the company also buys renewable energy directly from the wholesale market.

Green gas is notoriously harder to supply. Bulb offers 10% green gas – that's around average for a green energy supplier – produced from renewable sources such as food and farm waste.

However, Bulb Energy's gas is 100% carbon-neutral. The company offsets the rest of the gas it supplies by supporting carbon reduction projects around the world. In September 2018, for example, it offset its millionth tonne of carbon through its work with ClimateCare to fund solar and wind farms in India, rainforest protection in Sierra Leone, clean gas in China and clean-cooking stoves in Ghana and Kenya.

Bulb Energy tends to be found at the cheaper end of the energy market in England, Scotland and Wales. As with all energy companies, the price you pay depends on where you live (you can find Bulb's tariff details for your area here). However, according to independent energy switching site Energy Helpline, the average UK home supplied by Bulb Energy pays £975 for gas and electricity every year, based on a typical annual consumption of 3,100 kwh electricity and 12,000 kwh gas.

That makes Bulb Energy around £273 (or 17%) cheaper than Big Six standard deals – which cost the average household £1,172 by comparison. Altogether, Bulb's 1.4 million customers make an annual saving of some £380 million.

Bulb is competitive in the green energy space, too. In September 2018, its tariff for a central London postcode offered one kwh of electricity for 13.0p – compared to 17.4p (plus £5 per month) at Ovo Energy; 14.3p at Octopus Energy; and 20.6p at Green Energy UK. By contrast, British Gas sends 100% green electricity to the same postcode for 17.4p per kwh, and charges an exit fee if customers leave before the year is up.

Speaking of exit fees, Bulb Energy doesn't charge them. Plus, if you refer a friend to Bulb, you’ll both get £50.

Bulb signed up to the Energy Switch Guarantee three years ago and started publishing its results in full last year – the first energy supplier to do so. For a second quarter in a row, it’s meeting all of the standards. And as we've mentioned, there’s no exit fee, either.

Customers can telephone, email or contact Bulb Energy via Facebook Messenger. When we called, the phone was answered within 11 seconds, and the person on the end of the line was very helpful and informed.

The company has also built simple digital tools that let you help yourself via your account or the mobile app; or talk to staff, and other customers, via Bulb's community page.

An impressive 90% of Bulb’s 25,000 Trustpilot reviews were rated excellent when we checked in October 2019, and only two per cent poor – giving it a five-star rating overall. Customers highlighted the company’s clear communication and competitive prices, and the ease of its switching process.

BBC Watchdog has also ranked Bulb as the No 1 supplier for service based on its lower average number of complaints. Meanwhile, earlier in 2019, the company scooped awards from uSwitch, including ‘Easiest to switch to’, ‘Best deal for you’, and ‘Best green services.’

Bulb Energy: do you need a smart meter?

Although Bulb encourages its customers to get a smart meter, and will supply one, its single ‘Vari-Fair’ tariff means you are not obliged to have one installed.

How easy is it to switch to Bulb? It’s very straightforward. Give Bulb your meter reading(s), and the company will tell your supplier you’re switching. If your old supplier charges you for leaving, Bulb will refund you.

Bulb Energy: should you switch?

Bulb's single tariff means no deliberation, and it’s also one of the cheapest in the market. The company’s customer reviews are also consistently good, most notably its five stars on Trustpilot. However, if you want 100% green gas, you have only one port of call: Green Energy UK. You’ll pay much more for your fuel there, though.