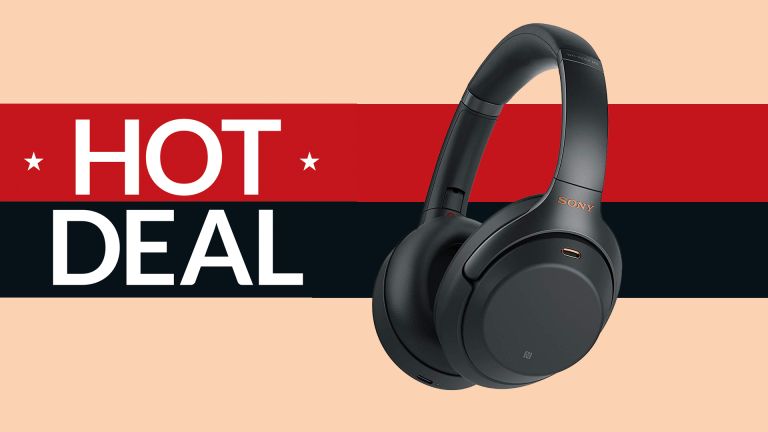 Continuing on a Sony tip, there's also a great deal still to be had on its true wireless noise cancelling buds. Amazon has been running this one for a few weeks now and no other big retailer has come near matching it. It's also got a handy £50 off Bose's newer noise-cancellers, NC 700.

• Buy from John Lewis also for £299 with 2-year guarantee

Those who are down with Beats by Dr Dre should make haste to Currys for this big-ass deal.

How about the USA?

Or how about Amazon's deal on some 'renewed' Beats ANC headphones? 'Product works and looks like new. Backed by the 90-day Amazon Renewed Guarantee.'

The only question is, which one should you get? Good as the Bose is, I recommend the Sony options or the newer Bose 700 over the QuietComfort headphones. If you don't mind its 'striking' looks, the Beats Studio 3 also outperforms the old Bose stalwart. But I expect you will disobey me and buy the more popular Bose – fair enough, they are excellent headphones as well.

When it comes to in-ear true wireless buds with noise cancelling, nothing beats Sony's WF-1000XM3. You could question the usefulness of ANC on in-ear headphones, but the sound quality of these buds cannot be argued with.

Bose QuietComfort 35 II £260 | RRP £329 | Save £69 at Amazon
Perhaps Amazon's rediscovered enthusiasm for cut-price Bose noise cancelling headphones stems from the fact that QC35 II are now Alexa compatible – it was Google Assistant only at launch. Just press a button and you can talk to your choice of the digital assistants. Noise cancelling and sound quality remain among the best you'll find. That Bose NC700 further down is a better deal, though. View Deal

Or the dark horse – Beats by Dr. Dre Studio 3 Wireless

Beats Studio 3 Wireless £199 | Was £299 | Save £100 at Currys
Despite being only available in a slightly iffy cream colourway, this Currys Studio3 deal is nonetheless worth considering. Why? Because the Beats flagship over-ear noise cancelling headphones are about as good as the Bose and Sony above in terms of sonic performance and the noise cancelling is right up there, yet this is notably cheaper than either the Bose or the Sony. Whether you like the look may be more of a personal choice but hey – that's why you're an individual. View Deal

Why you should buy Bose QuietComfort 35 II

The Mk II version of QC35 adds a button to awake Google Assistant or Alexa, meaning that the headphones now excel as a music product, headset for making phone calls, and a sort of AI butler.

Active noise cancelling is absolutely superb. It can be dialled up or down via the app to suit your location, and there is also a button to allow audio passthrough, so you can talk to your aeroplane's air crew, for instance, without the tiresome need to remove your headphones.

The sound quality with ANC on is very good indeed. It's perhaps not as exciting as the rival noise cancellers from, Sony, Beats or Bowers & Wilkins, but it's very listenable, and not tiring. Comfort is exemplary and the battery lasts 20 hours or so per charge.

Bose QuietComfort 35 II basically invented the market for premium wireless, noise-cancelling headphones. All the other brands have been scrabbling to catch up ever since, and the QC35 II remains a stunning pair of headphones, and probably the most successful of the last decade in terms of units sold and $£ generated.

Even Bose themselves will tell you that, while the new Noise Cancelling 700 has several improved features, including touch controls and very clever enhancement of your speech for calls and AI assistants, the sound and noise cancelling in them is actually not that different from the QC35 II.

Why you should buy Beats by Dr Dre Studio3 Wireless

These Apple-powered over-ear headphones boast astonishingly good active noise cancelling (ANC) which actually adapts to your surroundings. The Studio3 Wireless detects different types of noise and then terminates them with extreme prejudice, quelling everything from aeroplane cabin noise to office 'banter' to, most impressive of all, gusts of wind. And wind is like Kryptonite to most ANC headphones.

Audio retains the usual Beats sonic characteristics – bassy and forceful – but in a way more subtle manner than previous headphones from the brand. These are truly musical. Battery life is 22 hours with ANC on and an insane 40 hours with it off. As usual with Beats headphones, a short charge will give you several hours more battery life. Pairing with Apple devices is super quick and slick thanks to Apple's equivalent of NFC. Not that it's exactly slow or clumsy when pairing with non-Apple devices, in the usual Bluetooth manner.