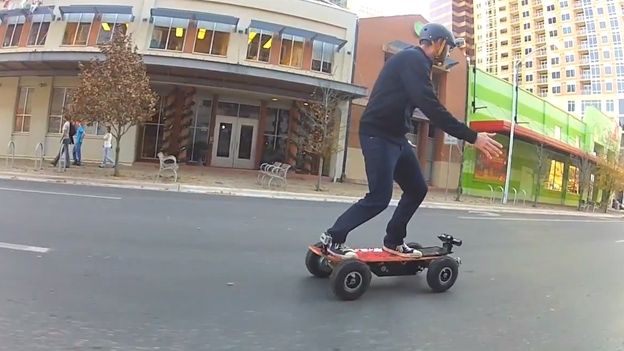 As a busy week of CES draws to a close, T3 takes a look at the weird and wonderful news that has been occurring around the world of technology

We have a glance over some of the bizarre bites of tech news to hit airwaves this week. As you might expect, there have been some real oddballs in the mix.

Intergalactic dating app
Hear that? That's the sound of Star Trek fans rejoicing over the news that dating website LocalSin has announced plans to launch an intergalactic dating service for smartphone users. The app will let people send messages to the far-flung corners of the galaxy via radio waves in the hope of finding that special someone. Given the cost of setting up a satellite, we're sceptical that anyone will actually fund this app, especially as it would theoretically require alien life forms to also hold a similar technology.

Lumus transparent HD glasses
Both awesome and ominous in equal measure, Lumus's futuristic new glasses allow users to view HD video through a specially formed lens. What makes them so unique? The projected images don't obscure visibility, meaning users can watch videos on the go without the fear of stumbling into oncoming traffic. Though we suspect it won't stop them looking a bit silly.

iPad guitar accessory
For the aspiring rock star, Ion Audio has unveiled a full size iPad attachment in the shape of a guitar. Users can plug their device into the body of the device, providing an almost seamless integration between the strings on the guitar's neck and the ones on-screen. Ion was at CES with a demo of the new equipment, letting users rock out with the new kit, titled the Guitar Apprentice. The product will initially launch in the US for $99 (£64) but is expected to reach UK shores soon after.

Liquipel iPhone cover
Smartphone owners need no longer worry about dropping their device in puddles, baths, cups of tea or any other liquids that happen to grace their paths, thanks to the team at Liquipel who have come up with a new waterproof casing. The cover, showcased at CES, applies a sleek coating to the device, protecting the phone without compromising on the aesthetics.

LG blast chiller
A strong contender for our pick of CES 2012 – the LG Blast Chiller can cool a beer in five minutes flat and a wine bottle in eight. For the time being, the gadget will only be available in the US, where LG will be building it into some of its select fridges, but we expect it won't be long before we see it hit the UK.

Markerbot Replicator
Taking another step forward in the world of 3D printing, the Markerbot Replicator offers dual-colour prints for the first time, and the ability to create even larger models. Users can create their own 3D designs or download pre-made models from Thingiverse.com. 3D printing is a growing industry, and more simplistic products like the Replicator are gradually making it easier for people to enjoy the benefits of the technology from their own homes.

Xbox Kinect-powered skateboard
The guys at Chaotic Moon Studios have created the world's first Xbox Kinect-powered skateboard, capable of reaching speeds of 32 mph. The board combines a prototype Windows 8 tablet with an electric skateboard, and allows for video, gesture and even sound recognition. The company showed off the new tech at CES 2012, and frankly we think it's awesome. Enough talk – check out the video below: