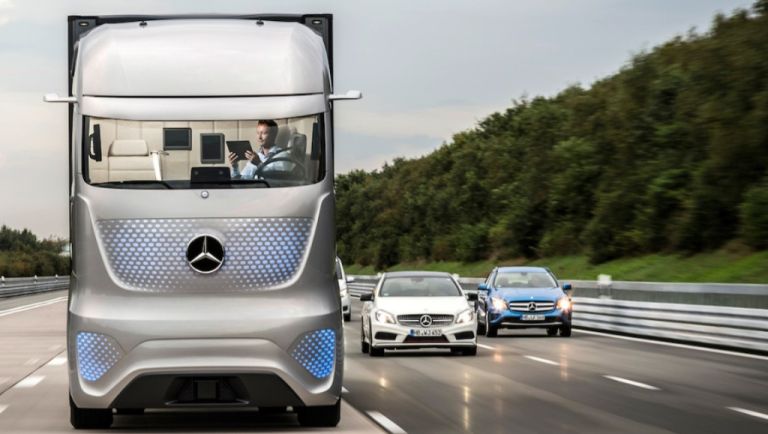 Much like virtual reality in the technology sector, autonomous automobiles are planning to be transportation's next big thing. We've seen everything from family hatchbacks to supercars in development, but it looks like the hauling and logistics industry is looking to get in on the action with - yup, you guessed it - self-driving lorries.

The move to include trucks and other long-haulage vehicles isn't a passing fancy either - according to a report by The Times, it's a UK government-led initiative that will see chancellor George Osborne pledge funds to see the project come to life on British roads. The idea is to reduce congestion by having fleets of up to ten lorries moving together down motorways as one giant logistical beast.

Talking of motorways, the very same report also suggests the project could see a stretch of the M6 near Carlisle used as something of a rudimentary testing ground. The this part of the network is one of the quietest so it would an ideal place to give these giants of autonomy a good spin. Self-driving trucks aren't anything new either - German automotive firm Daimler has been testing self-driving lorries as far back as last year when it tested a self-driving truck down the Autobahn 8 in Germany.

Why not check out: This concept from BMW will get you excited for the future