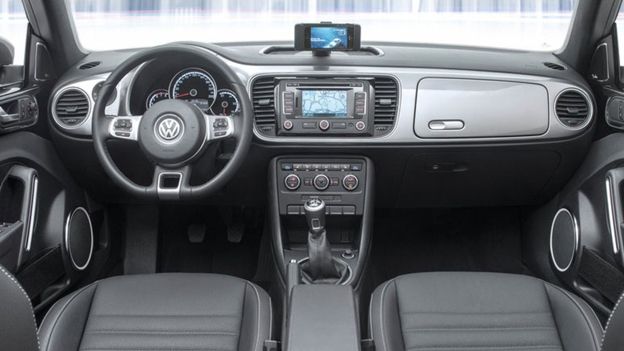 Volkswagen has teamed up with Apple to take the integration of its iPhone range with cars to the next level.

The German carmaker worked with Apple to design was has been described as a "genuine integrative interface" for the iPhone.

The car will use an app called Volkswagen Car Net The Beetle and a dedicated docking station in the car's dashboard to provide a connection between the phone and the car.

Apple has worked closely with a number of other car companies in recent months including BMW, Mercedes, GM, Land Rover, Jaguar, Audi, Honda, and Ferrari.

Much of the work between the companies has focused on integrating Siri into their models; referred to as Eyes Free by Apple.

Volkwagen has taken a slightly different approach, preferring to offer several specialist apps and accessories to link the car and the phone.

According to the car maker, the iBeetle has been designed to be "stylistically linked" to Apple.

The iPhone snaps into the cradle at the top of the dashboard. Once plugged in, the app integrates itself with the car through the specialised app.

The app integrates fully with Spotify, as well as a number of diagnostic information such as oil temperature and fuel economy.

The company hinted that other models of Volkswagen cars could feature similar integrations in the future.