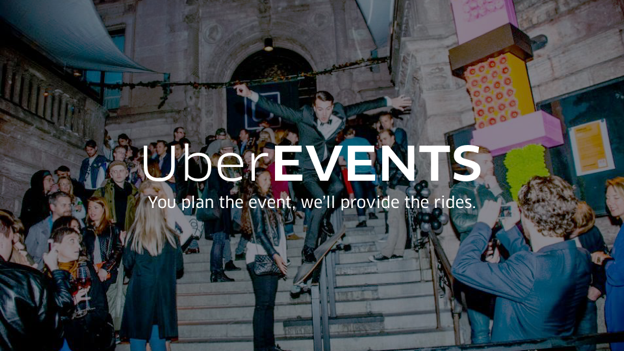 Uber is cracking out the party poppers to celebrate its newest product that helps its users to reach gatherings and celebrations at the same time.

A post on the Uber blog celebrated the debut of UberEvents, which allows hosts to provide free transportation to anyone attending their event to add a further string to the service's bow in the competitive business sector.

UberEvents works by allowing event hosts to set up an event using the dedicated section of the Uber website. It then automatically sends out invites to any email addresses that have been added to the invite list.

Then it's over to the guests. The code provided on the invite can be added into the Uber app and from there it's as easy as simply requesting a ride on the day of the event before kicking back and relaxing for the evening.

Event hosts worried that things could get out of hand in the complementary rides department can be safe in the knowledge that a maximum value for each ride can be set as well as a maximum number of rides per guest pass.

Like most of its new features, Uber is going for a soft launch at first and selected users plus Uber for Business customers in New York City will be the first to try it out before, dependent on its success, it rolls out to further cities.