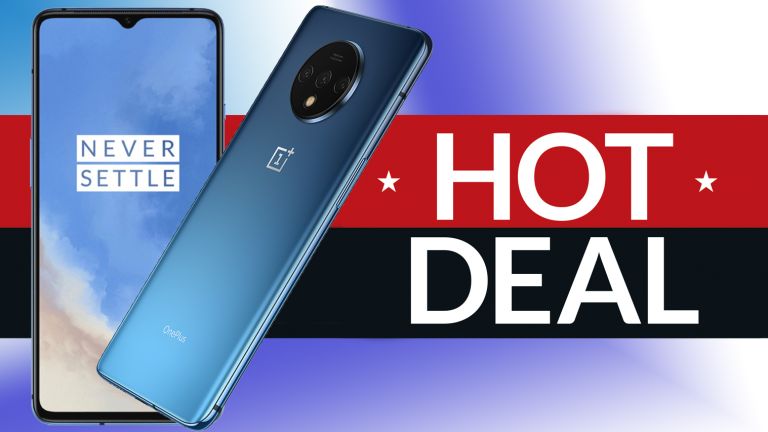 There's nothing T3 likes more than recommending top consumer technology to people, as well as finding the very best deals to be had on it, which is why this OnePlus 7T offer from Three was something we absolutely had to write about.

That's because Three is offering the 5-star rated OnePlus 7T phone, along with an unlimited everything SIM plan, in one attractively priced package. The handset itself is cheap upfront, while the monthly cost is also affordable, so when you factor in that the deal also comes with free, next-day delivery, a choice of handset colourways, and some great SIM extras from Three, it really does prove a deal to check out.

The full details of the Three OnePlus 7T phone deal can be viewed below:

OnePlus 7T | Unlimited data, mins and texts | Upfront cost: £29 | Monthly cost: £40 | Contract length: 24 months | Available now at Three
The OnePlus 7T is a fantastic smartphone, and right here in this attractive deal from Three you can pick it up along with unlimited data, texts and minutes for just £29 upfront, and then £40 per month over the course of the SIM plan, which is 24 months. Delivery is free, and the unlimited everything SIM comes loaded with Three's Personal Hotspot, Go Roam Around the World, and Go Binge features.View Deal

In T3's official OnePlus 7T review we said that it was a "gorgeous, rapid and super slick Android phone", and that it was "impossible not to recommend." We then bestowed a maximum score of 5 stars on the phone. Which is why we find it so easy to recommend this phone deal from Three, as it bags that 5-star device with a well-priced unlimited everything SIM plan.

For even more great OnePlus 7T prices, as well as the very best SIM only deals going today, be sure to check out T3's awesome deals comparison engine below, which lets you filter by the exact criteria you are looking for.