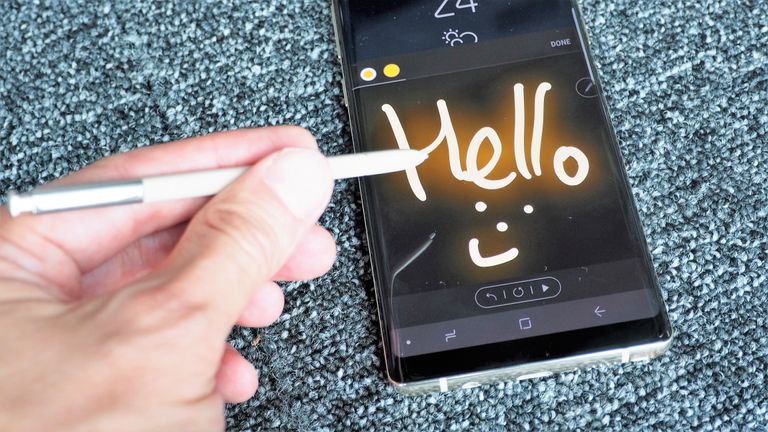 Samsung is apparently working on a totally new S Pen stylus for its Galaxy Note 9 that will give Apple's Pencil a run for its money.

Until now the S Pen has essentially been a relatively dumb piece of plastic that can be easily replaced. But now, in the Galaxy Note 9, the S Pen could be something you take a whole lot more care over. That's because it's apparently getting smarter to include connectivity features like Bluetooth and the large battery needed to run that.

Also expected are multiple pressure and angle sensors to allow for even more complex interactions with the screen. This does sound much like the Apple Pencil, however this should remain small enough to slide into the Note 9 for easy transport and storage.

The Bluetooth addition will also mean the S Pen could double as a mobile button which could be used for lots of features, like a remote for the camera or slide switching trigger, for example. It could even be a controller for use when the phone is locked in use for virtual reality.

The S Pen should hopefully still charge from the phone, despite a larger battery, so you won't need to worry about an extra charger.

So with Samsung not likely to include the under-screen fingerprint sensor on the Note 9 it looks like the new S Pen could take centre stage. The August 9 launch event features the S Pen front and centre so this makes a lot of sense.