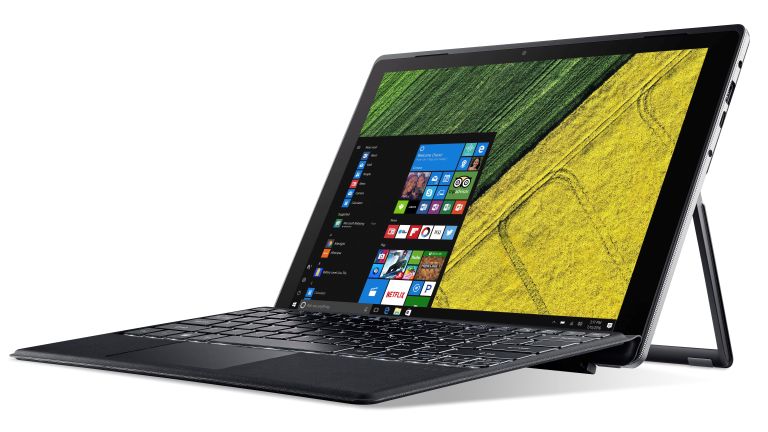 Nintendo has announced a new console this week. The Nintendo 2DS XL, as the name suggests, sits between the 3DX XL and the 2DS.

That means you get the larger screen of the 3DS but with 2D only like the 2DS. This will come in black and turquoise or white and orange and go on sale on 28 July. Check out more details at the link.

What is the new Nintendo 2DS XL and why should I want it?

Amazon has decided to kill the mirror and it’s doing it with the Alexa voice controlled camera system called Echo Look.

The Amazon Echo Look is here to let you see yourself in 360 degrees on your phone thanks to is Wi-Fi connected smarts. Get tips on outfits, share fashion photos, control the smarthome and more all from this one device. Find out more at the link.

Amazon Echo Look is here to kill the mirror forever

Acer has taken the wraps off its latest flagship gaming laptop called the Predator Triton 700. This beast offers power and cool design while still remaining portable.

Specs include a 15.6-inch Full HD display, 7th Gen Intel Core processing, Nvidia GeForce GTX 10 GPU, 32GB RAM and more. There’s even a Gorilla Glass body top so you can see the fan working inside the machine. Check out more on this €3,399 (£2,860) machine at the link.

The latest BMW 5 Series crams in more tech than Currys and does it with way more style too. T3 took to the roads to test out the latest saloon - see what we thought at the link.

T3 Drives: the BMW 5 Series is a tech-tastic saloon that can be driven from a key fob

DJI, the drone specialist, has released a headset that lets you fly its drones in virtual reality. This is called DJI Goggles.

The Goggles lets you fly drones by simply turning your head. You can also look about in 360 degrees while flying with the controller for a passenger-like flying experience. Here the full run down at the link.

The phone features a 5.5-inch 4K HDR display, Snapdragon 835 and more impressive specs. Check out details at the link.

The B&O Play P2 is all about being smooth and pebble like. That’s why it’s button free save for the power. It also packs in Bluetooth connectivity and 360 degree sound dispersion for the £149 price.

Check out more details at the link.