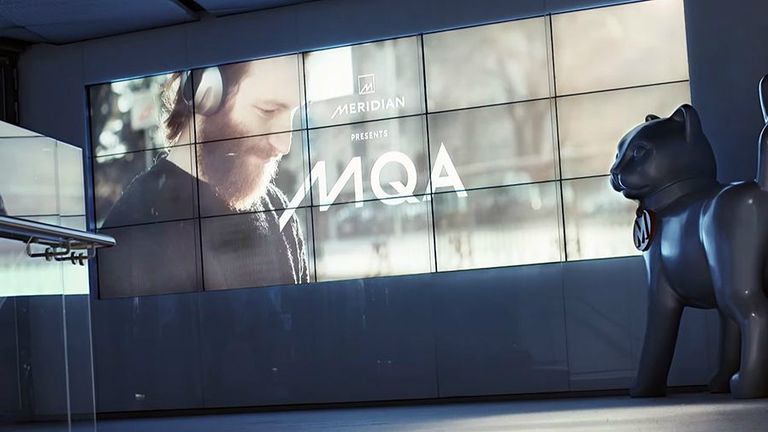 If you've been shopping for hi-fi equipment lately then you may have seen reference to something called MQA. Master Quality Authenticated audio, to give it its full name, is an audio codec designed with the modern age of digital streaming and downloads in mind.

To explain just what it means when you see the MQA badge on your stereo system or next smartphone, we've put together the short explainer below - know your MQAs from your MP3s and you can make sure you're getting the best audio possible on your next gadget.

It's all about the codec

MQA is an audio codec - a defined way of taking the masses of 1s and 0s that make up an audio stream and packing them into file sizes that won't fill your entire laptop in one go. Codec is short for compression/decompression, and you can think of these codecs as packing music files into tight spaces on a disk until you're ready to listen to them.

MP3 is perhaps the best-known audio codec, and became so popular at the start of the digital music revolution because it managed to stuff decent-sounding audio quality into file sizes that weren't enormous. As storage has become cheaper, and internet speeds have increased, it's no longer quite as important to keep audio file sizes down as much.

We're essentially talking about some high-end maths to compress audio tracks down into smaller form, much as the JPG does for images. There's always a trade-off between quality and file size, but with some smart calculations under the hood - like the ones that are underpinning MQA - it's possible to have the best of both worlds for your music collection.

The history of MQA

MQA hasn't sprung out of nowhere - it's been developed by UK company Meridian Audio and in particular by Meridian co-founder Bob Stuart, the man who was also behind the invention of DVD-Audio (better quality audio for your DVD discs). The first news of MQA came during 2014 and there was an official launch event in London at the end of that year.

Getting a new format into use isn't straightforward though, and after many a demo at the big tech events of 2015 and 2016 it looks like MQA is finally making its way to consumer services and devices. Part of the problem is that artists and studios need to use the codec from the beginning of the recording process before it can find its way to our ears.

Warner Music Group is the first of the big labels to sign up for MQA, though we're still waiting to see actual released songs and albums making use of it, and other smaller labels are also on board. We're also beginning to see MQA-compatible stereo kit appear, of which more below, though the high-fidelity audio hasn't yet made its way into smartphones.

That's some of the background - but how exactly does MQA work? Well, it promises to be the best audio codec yet, by some distance, giving you the opportunity to listen to tracks as if you were in the studio while keeping file sizes respectable. It can typically squeeze songs into a third of the space compared with another high-quality audio codec, FLAC.

These types of codecs are called lossless codecs, because you don't lose any audio quality along the way when the files are shrunk down to fit on your device. Codecs aren't quite the same as file formats (though confusingly the same names are sometimes used for both), which means that MQA can be packaged inside existing formats that are already in use.

On a technical level, MQA cuts out the audio glitches that jar with your brain: temporal blur (timing errors), quantisation distortion (rounding errors) and other noise created by software compressing audio. It's not the first codec to offer a pristine listening experience, but it could well be the best one yet, and it uses impressively small file sizes too.

What to look out for

Of course those small file sizes make it ideal for streaming services where bandwidth might be an issue - the likes of Spotify and Apple Music will be able to pack better quality songs into the same amount of data. MQA isn't available on any of the streaming services yet but there are rumours that Tidal and Apple Music might be about to jump on board.

Because MQA can fit inside existing file formats it's not difficult to play an MQA-encoded song, but it'll be limited to CD-level quality unless you have the right hardware. The very first devices from Pioneer and Onkyo are now appearing, though it's still early days. Look for the Hi-Res Music logo on your kit in the future to find devices that are MQA-compatible.

You can't yet get the top-end MQA experience on your smartphone or computer, unless you invest in some third-party kit, though again this should change once more content appears. Eventually, an MQA decoder could potentially be fitted into any hardware device, giving us all the chance to listen to our favourite music as the recording artists intended.