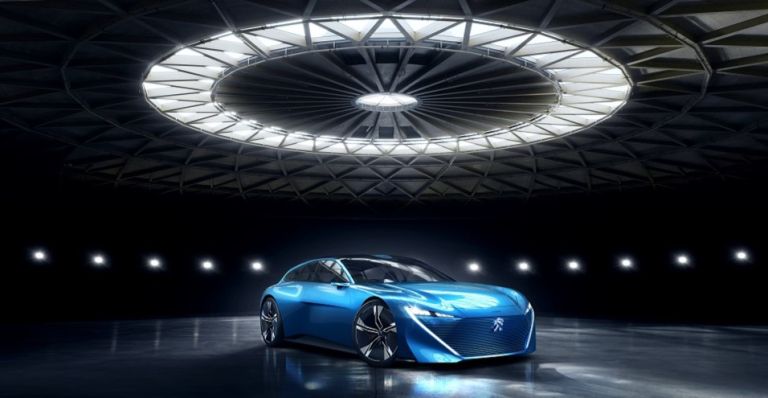 In the first T3 Agenda of the week, we take a look at Peugeot's new Instinct concept car, the new extra colourful LCD display from Philips and more...

Peugeot has unveiled what it believes is the future of the shooting brake - the cloud-connected, ultra smart (and fully autonomous) Instinct concept car.

Unveiled last week in Spain on the eve of the Mobile World Congress (MWC), the Peugeot Instinct is powered by a PHEV powertrain offering 300 Ps. The car features both ‘Drive’ and ‘Autonomous’ modes, affording the driver the choice between an engaging drive and the convenience of a fully autonomous vehicle.

Peugeot is presenting the Instinct less as a traditional motor and more of a lounge on wheels, one that adapts to its users preferred settings to each journey feels more like a chilled sit-down at home than a session on the road. Its ‘Internet of Things’ (IoT) platform, the Samsung ArtikTM Cloud, will also sync with all your devices so you're never disconnected from the world.

Said cabin, the i-Cockpit, is an interior architecture with a highly tactile, adaptable cabin, which switches from being a focused driving environment to a comfortable lounge space. Couple that with the ability to sync your diary with the car (so you're never late for another meeting) and this could well be a very comfortable vision of the motoring future.

The Peugeot Instinct Concept is on show now at the Mobile World Congress (MWC) in Barcelona.

Like your monitors with a little curve? Well, you'll love the new 27-inch, E-Line Philips Curved LCD Display (or 278E8QJAB to its friends and relatives) with its elegant curved display with 1800 mm radius and Adaptive-Sync, easy connectivity and stereo sound and the widest colour gamut available.

With its enhanced Full HD and the latest Ultra Wide-Color technology, the 278E8QJAB display offers one of the widest colour ranges - so if you're a gamer looking to make Overwatch's bright colours pop or a film lover wanting to give your Blu-ray collection justice, this home monitor is a must have bit of kit.

Add that to the extremely small curvature radius of 1800 mm and that on-board Adaptive-Sync software and you're looking at a smooth and consistent viewing experience. Convinced? The new Philips 278E8QJAB E-Line display will be available this month with a price tag of only £239.

Western Digital Corporation (the owner of SanDisk, among others) has announced the introduction of its 256GB SanDisk iXpand Flash Drive (pictured above) and 256GB SanDisk Connect Wireless Stick and its expanded SanDisk line-up of A1 microSD cards.

The announcement, which was made at this year's Mobile World Congress (MWC), includes the iOS-focused and super-high capacity 256GB SanDisk iXpand Flash Drive and the 256GB SanDisk Connect Wireless Stick now match the top-capacity for iPhones and iPads and allow users to store, share and back up more than 14,000 photos and ten whole hours of videos.

The 256GB SanDisk iXpand Flash Drive is available now via Amazon for £174.99 while the SanDisk Connect Wireless Stick is available through Amazon with a price tag of £95.