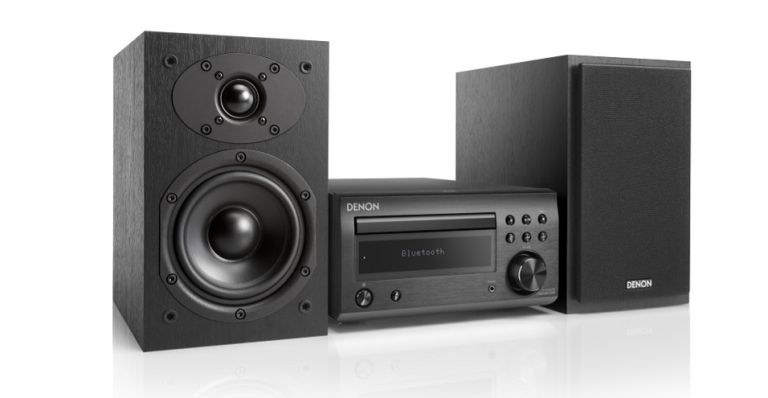 In this week's final iteration of the much-adored T3 Agenda, T3 adds some meat to its musical bones with Denon's powerful D-M41DAB setup, we see a how a mashup between The Beatles and a Pro-Ject turntable turns out and more...

Japanese electronics specialist Denon has long been in the compact home audio system game, but it's about to up said game with the latest addition to its popular M range - the D-M41DAB. The big new selling point? That would be the introduction of Bluetooth connectivity, which offers even more ways to connect to smartphones, tablets, laptops and more.

The all-new D-M41DAB combines the RCD-M41DAB CD receiver and matching SC-M41 speakers, while building on the success of the multi-award-winning D-M40DAB. The result is a compact yet powerful setup that combines FM/DAB+ functionality and more to create one of the best ways to transform you music - be it from a CD or via a Spotify playlist.

Add to that high precision digital/analogue converters and a Triple Noise Reduction system for even clearer audio crispness and you're in for a musical treat when you hook it up at home.

You Denon D-M41DAB will be priced at £379 in the UK and will be available to order shortly.

Are you the fastest gamer ever? McLaren and Logitech team up to find out

Billed as ‘the best job in esports’, the battle is to find McLaren’s newest recruit who will be offered a one-year contract to work in an official capacity as a simulator driver.

The competition will see you take on a variety of racing titles across lots of platforms, and best of all, the winner will be offered a one-year contract with McLaren to work in an official capacity as a simulator driver.

Six international finalists will be hand-picked by experts in both gaming and Formula 1 to join this year’s competition. A further four finalists will be selected from qualifying events online during summer 2017.

The competition will be viewable at every stage via a dedicated YouTube channel and McLaren’s social media channels.