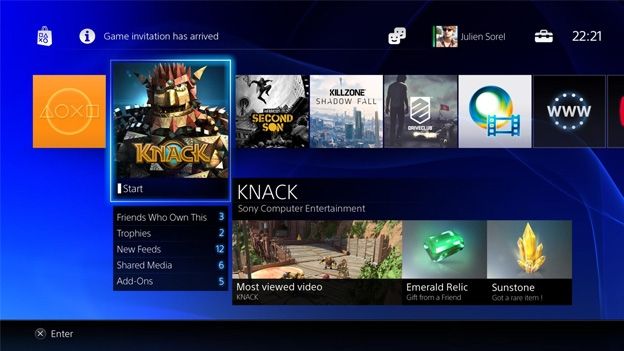 The PS4, like any new console hasn't been without its bugs, some minor, some major. In this case a new bug is causing gamers grief through lost save games

Sony PS4 users are reporting an error message which results in lost save games and the corruption of saved game data making them unplayable.

The CE-34878-0 bug has been increasingly appearing on Sony's PS4 forum as users start to encounter the error which can either result in failed save game uploads or the loss of save game data altogether.

We contacted Sony for comment, the company responded saying: "We are aware of the cases and we appreciate your patience while we investigate."

This may come as a relief to some users that whilst there's no official word on the cause, Sony knows about it and is already looking to fix it.

Some believe the cause for the error is Sony's Automatic Uploads feature that uploads save data to the cloud in an effort to protect it against hardware failure.

Forum member Snake_Inthe_b0X reports that the problem only started happening once they'd turned on this feature saying:

“I think my trouble began once I activated "automatic uploads" and my ps4 began moving save files into the cloud. I noticed that one nba 2k14 file repeatedly failed to upload (I checked through "uploads" in the notifications menu). Its possible the data became courrupted during repeated failed uploads.”

Others however believe the problem could be more severe with forum member LT_AFCW speculating that it's a hardware issue.

“If it was software related, all everyone would have the problem though? It can't be PSN ID related, as trying offline didn't help me (or others).”

“I'm guessing it's either a dodgy processor, or a faulty module on the RAM stick. Contrast would work fine for me, as it's not as processor / memory hungry as AC 4 / Fifa / Resogun.”