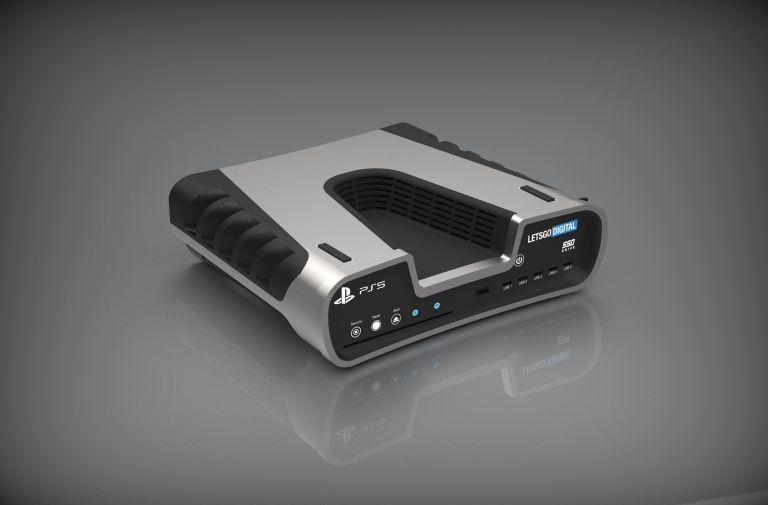 The mystery surrounding the PlayStation 5's solid state drive may have been solved thanks to a Samsung presentation that took place near the start of the month centred around the company's SSDs. The console feature - announced earlier this year- was labelled "a true game changer," because it will drastically decrease load times by ditching the current gen's sluggish optical hard drive.

PS5 lead architect, Mark Cerney, demonstrated the speed of the new console's SSD by using Marvel's Spider-Man loading times as an example. On the PS4, the loading time was 15 seconds, while on the PS5 dev kit, that was shaved down to 0.8 seconds - a whopping 18 times faster than Sony's current machine. No one knew who would be making that SSD, but now it seems that Korean manufacturer Samsung is behind it.

The Samsung event saw the company's senior managing director, Han Jinman, reveal that it's been beavering away on a new NVMe (Non-Volatile Memory Express) SSD destined for PC and  "consumer gaming consoles". The accompanying slide detailed loading times for system boot, and game launch (in this case, for Capcom's Monster Hunter: World).

The difference in system boot time between the HDD and NVMe is unknown, as the figure for the new SSD isn't included, but the HDD is confirmed at 49 seconds, the SATA SDD is 29, and the NVMe looks to be less than half of that.

The game launch time for HDD is shown as 38 seconds , while SATA SSD is 13. NVMe is, again, just about less than half of that, and also missing any figures. While we may not have solid numbers to go on, it's clear that the NVMe is going to be insanely fast. There are a couple of possible hints that we'll see Samsung's new SSD in the PS5 right there on the slide. The first is where it says "SSD era in game console 2020" and the second is an image of a PlayStation DualShock 4 controller.

We already know that the PlayStation 5 will be launching next year, in the Holiday 2020 window - possibly November 20 - alongside the next Xbox, and combined with the image of the console controller, we can make the somewhat small jump to conclude that the console is question is probably the PS5. If this is the case, the slide - along with Sony's demo - suggests we're in for a huge leap in speeds.

We'll have to wait until we get official word before we venture too far beyond speculation for now, but you can keep up with all of PS5 leaks and rumours right here.