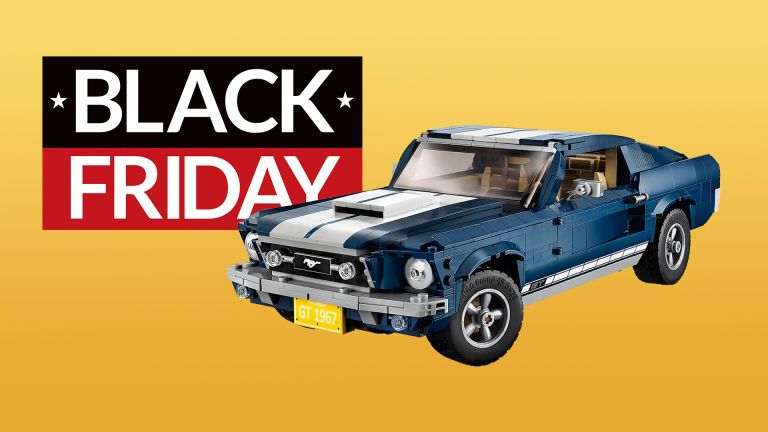 The Lego Black Friday deals are coming thick and fast for Black Friday 2019 – and we've seen discounts on some really big and spectacular sets.

The latest additions are the infamous Lego Taj Mahal (once the most complex set ever made, and still way up near the top of that list), and the Lego Roller Coaster, which is an actual working coaster made from over 4,000 pieces.

Best of all, though, is the ultra-desirable Lego Ford Mustang – currently top of our 'Best Lego sets' list! – with 20% off. It's a beautiful, beautiful thing, and won't break the bank (or take up a whole shelf on its own).

On top of that, Lego itself has started its Black Friday event, with some really smart sets included so far, and more to come!

Lego Creator Ford Mustang | Save 20% | Now £95.99 at John Lewis
It's a ’60s style icon, and it's all yours to build from 1,471 pieces. It includes a detailed engine and interior, plus you can actually customise the look, swapping out the body work or including a supercharger.View Deal

Lego Creator Taj Mahal | Save 23% | Now £199.99 at John Lewis
Previously the biggest Lego set of all time (surpassed by the Ultimate Collector's Edition Millennium Falcon), this was retired and then brought back thanks to high demand. The 5,900-piece build is absolutely epic, creating a build that is stunningly detailed and satisfying to put together. This is a proper project, and feels so worth the investment.View Deal

Lego Creator Roller Coaster | Save 25% | Now £224.99 at John Lewis
Another huge set that's tons of fun to put together, this 4,124-piece build creates a working roller coaster, with 11 minifigures to ride its two trains. It's a pretty brilliant design – it actually includes a chain to pull the cars up the hill straight, bumpers to move it along the curve at the top, then gravity does the rest. You move the chain and bumpers by turning a crank at the front, but you can also install a Lego motor to make the whole thing run itself automatically (sold separately). It includes a load of great details around the entrance and base of the coaster, too.View Deal

Lego Duplo Disney Mickey's Vacation House | Save 30% | Now £31.49 at the Lego Store
This Duplo set comes with Mickey, Minnie, Pluto and Goofy (sure to raise the age-old question around why the two dogs are treated so differently), and a sweet house facade. Cutely, you can change the house bricks between summer or snowy winter.View Deal

Lego Ninjago Monsatery of Spinjitzu | Save 30% | Now £55.99 at the Lego Store
This Ninjago set includes eight minifigures and some neat playset features (including battle platforms and knife trap) so kids can recreate a battle to stop Wyplash stealing the Golden Weapons. At 1,070 pieces, it's a pretty engrossing build, and looks great.View Deal

Lego Creator Fairground Carousel | Save 30% | Now £31.49 at the Lego Store
This is a 3-in-1 set, meaning you can build three different fairground rides from one set of bricks: this main space-themed carousel, a rocket-based freefall ride, or a ferris wheel. Each build uses leftover bricks to build extra stands for your fairground. It's a really cool little set, especially the great UFO-theming.View Deal