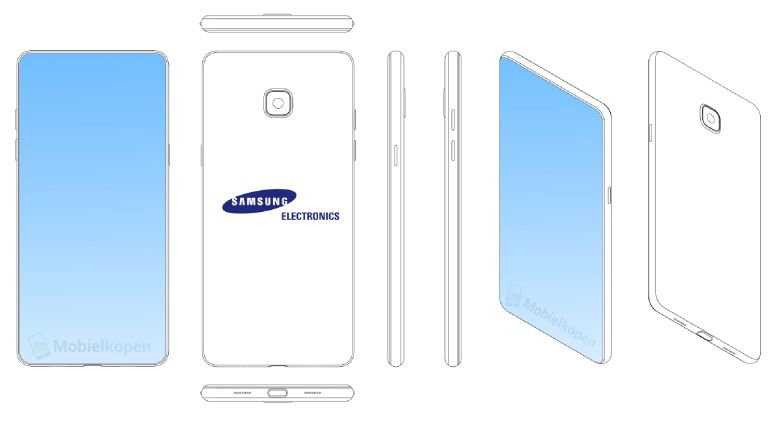 First, Apple released the iPhone X with that notch, which was greeted with mixed reactions. Now everyone is adding a notch as the latest fashion statement - or because they understandably can’t figure out how else to get rid of bezels but keep a front cam. Now even Samsung is looking into a notch, potentially for its Galaxy S10 and Note 9.

Samsung filed documents to the Chinese patent office in March which show off a smartphone that features its very own Apple iPhone X style top notch on the front of the handset. Although this one appears smaller, suggesting Samsung will either be cramming less tech into the space, or the same amount but more efficiently.

The Samsung Galaxy of the future with a notch...

More intriguingly, and taking underscreen tech much further, a second patent was filed which shows a Samsung phone with no top notch, no front buttons, no speaker, no sensors, no nothing in fact: just pure screen.

This is the ideal handset we’re looking for, right? It would mean placing the front facing camera, speaker, sensors etc behind the glass screen. As is often the case with initial patents, no indication is given how this might be achieved, or when.

So for now, despite Samsung releasing a TV advert that directly ridicules Apple’s iPhone X notch (below), it looks like it may yet jump on that bandwagon.