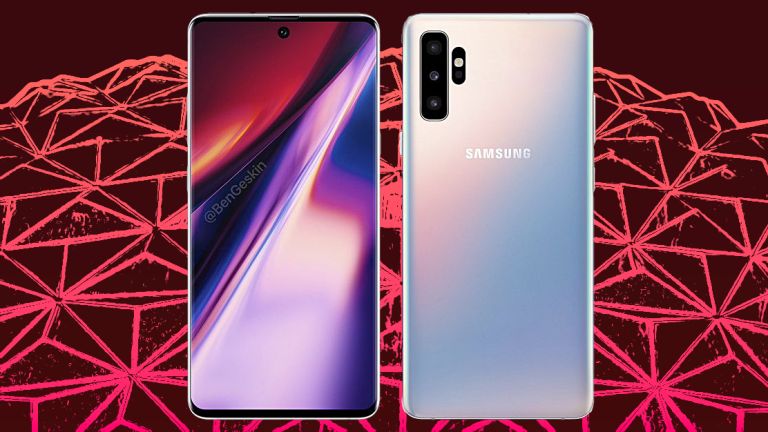 The Samsung Galaxy Note 10 leaks are coming thick and fast this week. We've already glimpsed our first look at the design of the next-generation Galaxy Note, and now we've got an idea about how much the new handset will cost. And it won’t be cheap.

The Galaxy Note 10 price leak, which originates from Russia, doesn't specify which model will be priced between $1,100 - $1,200. Samsung is widely tipped to introduce two Galaxy Note 10 models this year – a more affordable Note 10e, similar to the Galaxy S10e launched in March, and an all-singing, all-dancing Note 10 Pro.

Both of these models are rumoured to ship in 4G and 5G flavours, bringing the total number of Samsung Galaxy Note 10 variants to four.

Since the leaked pricing is more expensive than the Note 9, it seems likely this refers to the Galaxy Note 10 Pro. After all, pricing the entry-level Note 10e higher than last year's fully-fledged flagship would be a very strange move... it'd also mean the Note 10 Pro would need to carry a price tag that could make even the Galaxy S10 5G wince.

The 5G-enabled Galaxy Note 10 Pro is likely to cost even more, especially if Samsung follows the pattern it established with the Galaxy S series and adds a slew of new features to the handset as well as 5G connectivity. For example, the Galaxy S10 5G has a bigger screen and exclusive camera features, including a Time of Flight sensor, not seen anywhere else in the line-up.

The latest report, which was spotted by GSM Arena, also claims the cut-out in the display to house the front-facing camera will be much more discreet than on the Galaxy S10 series. We've already heard rumours that the O in the so-called Infinity-O screen will be moved to the middle at the top of the display. Elsewhere, we expect the Note 10 to be powered by the Qualcomm Snapdragon 855 chipset or Exynos 9820, depending on the market. Improved S-Pen stylus features and a new camera layout are also rumoured to be in the pipeline.

Samsung usually unveils its latest entry in the Note series in August, so make a note in your calendars. T3 will have all the news for you as soon as it breaks.