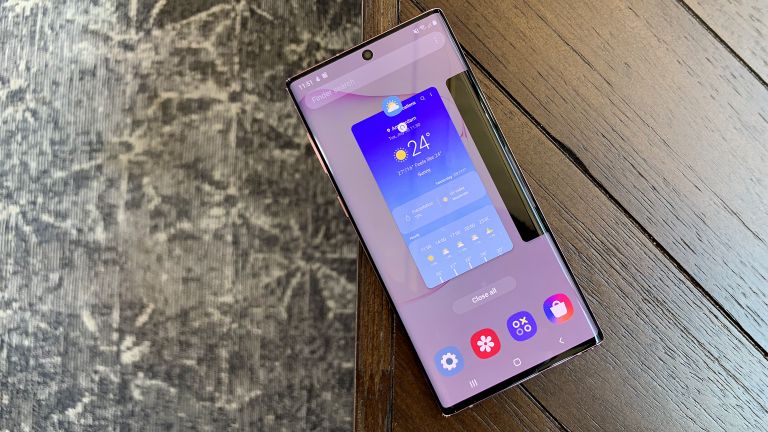 The Samsung Galaxy Note 10 and Galaxy Note 10+ are now official, marking the death of the 3.5mm headphone jack. That's right — the Korean firm's latest flagship duo are missing the once-ubiquitous audio connection, marking the end of the analog era and the start of the wireless revolution (for mobile listening, at least).

Speaking to The Verge, Samsung said the decision to remove the jack isn't one that came overnight; it weighed up the advantages and disadvantages, ultimately deciding that the improved haptic feedback and space for a slightly larger battery — around 100mAh — that came with omitting it would serve a better purpose.

As you'd expect, a subset of prospective customers aren't best pleased with the verdict, arguing that a mere 100mAh increase isn't a worthy trade-off for the universal functionality that comes part and parcel with a 3.5mm connection. After all, it's been three years since Apple cut the cord, and iPhone owners still miss it.

Then again, they've had plenty of time to prepare. The first rumour claiming the Galaxy Note 10 wouldn't bundle the much-loved connector first surfaced on December 10, 2018, when the Galaxy A8s was released without one, and the proof continued to pile up right through the handset's August 7, 2019 launch date.

To be clear, this doesn't mean Samsung Galaxy Note 10 and Galaxy Note 10+ owners can't hook up a pair of wired headphones, because they can — they'll just need to make sure the cans they're using have either a native USB-C connector or are hooked up to a 3.5mm-to-USB-C adaptor, if they're a standard 3.5mm set.

The fact of the matter is, the future is looking awfully wireless, so there's no time like the present to upgrade to a set of Bluetooth headphones. Still, that doesn't mean the death of the much-loved headphone jack doesn't hurt. It's truly the end of the analog era. With that, it's a solemn day, folks. A solemn day, indeed.