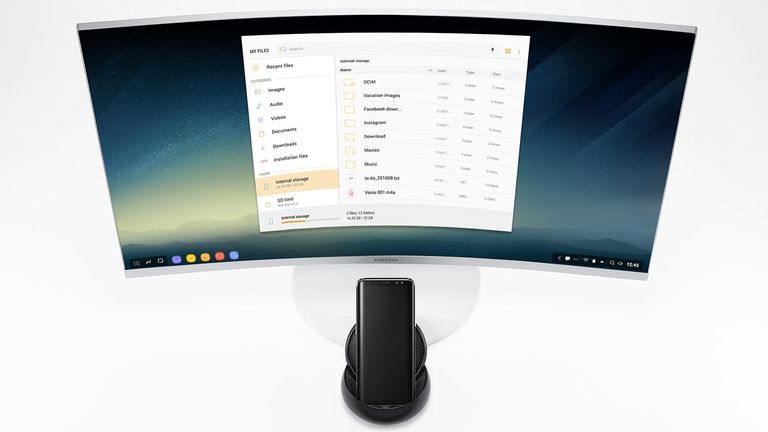 Each year, Samsung unveils an upgraded new entry into its hugely-successful Galaxy Note series, as well as a brand-new iteration of its DeX platform, which allows a smartphone to power a full-blown windowed desktop experience – complete with support for a mouse and keyboard.

Samsung believes the nifty system will allow customers to carry a single device to text, call and binge box sets on the way to work, and work on Microsoft Word, manage emails and organise complicated spreadsheets at your desk.

Bang on schedule, we've already heard a number of rumours around the next-generation Galaxy Note 10... and now we've got our first clues about what improvements will be coming to the Samsung DeX system in a few weeks time.

According to a report from technology blog GSM Arena, Samsung is expected to introduce the ability to beam your Android apps to a screen, desktop keyboard and mouse wirelessly for the first time. If accurate, that means Samsung Galaxy Note 10 owners will no longer have to buy a DeX Dock, which currently costs £139.99.

Samsung has applied for a patent with the European Union Intellectual Property Office for the brand name DeX Live, which the Seoul-based company is expected to use to market the new capabilities, GSM Arena reports.

The most powerful version of the Note 10 range, which will ship in two variants for the first time, is widely-tipped to boast at least 12GB of RAM, as well as the flagship Qualcomm Snapdragon 855, or Samsung Exynos 9820 depending on the region worldwide.

Those specs will give most entry-level laptops a run for their money, so the Galaxy Note 10 should be able to provide a solid desktop experience. Being able to initiate the experience without the need to carry around a pricey DeX Dock accessory is sure to make the feature a lot more appealing.

It's possible that Samsung will still sell its DeX Dock for those who don't have a Bluetooth-enabled mouse or keyboard to hand, or who want to use the variety of ports available at the back of the accessory, including USB-C, HDMI, Ethernet, and two USB-A ports. It's possible the revised version will include a 3.5mm headphone port since that is being dropped from the Note 10 hardware.