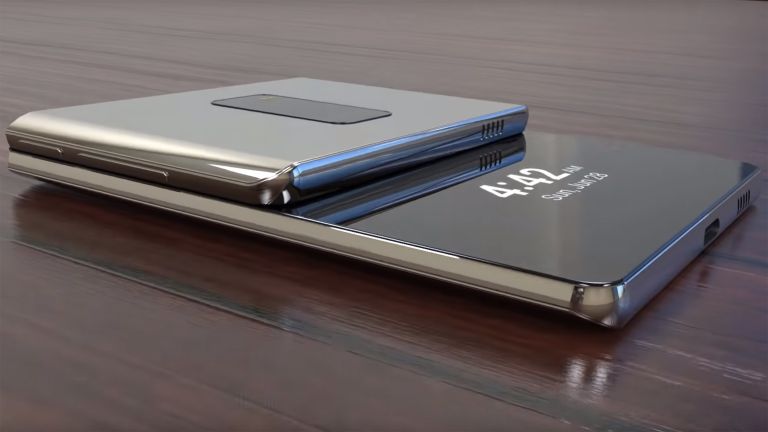 The Samsung Galaxy F, aka Galaxy X foldable phone, has appeared in a new rumour that reveals it may not fold the way it was expected.

Samsung's foldable phone was expected to get a reveal in November at the company's developer event. But now a report suggests Samsung hasn't even decided which way the handset will fold, let alone being ready enough to show off a prototype.

The choice between a vertical or horizontal folding phone is yet to be made, the sources claim. Although it was suggested that the brains over at Samsung HQ are bending, heh, towards vertical. This position choice had apparently been reached based on that vertical fold making the handset easier to hold.

The report claims that the handset, regardless of fold, will feature a second four-inch screen that sits on the outside of the phone when it is folded shut. This should make for quick and easy checking of messages and calls without the need to fold out the phone.

While we're still holding out hope that we will see the Samsung Galaxy F in November, perhaps it will be more of a tease than a reveal at this pace.