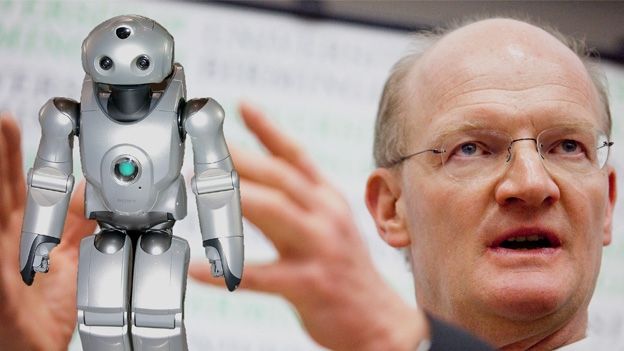 In a near future, T3 articles might be written exclusively by a T-800 Terminator. Hasta la vista, baby.

The UK's university minister says those of us with sophisticated jobs are most at risk of being replaced by an autonomous robot workforce of the future.

He also says it won't reduce the number of jobs out there for us flesh-and-bone folk, but will definitely change our 'pattern of work.'

Speaking at an event called 'Rise of the Robots', the minister told listeners it's a 'paradox' that the seemingly more difficult professions will actually be easier to reproduce with bots of the future compared to more humanistic or manual tasks.

"You kind of intuitively think that beating a grand master at chess must be a harder challenge, but in this world...giving a cup of tea to a little old lady is a bigger IT robotics challenge than doing chess," says Willetts

"So quite a lot of stuff that we think is really rather sophisticated cognitive work is also routine and can be replace by systems."

He even went on to cast doubt over our humble trade of journalism - we're irreplaceable, I tells ya!

"As much as I love Fleet Street's finest significant areas of journalism - for several years we have had computer generated financial reports."

He also talked about how changes to the education system as a result of technological advances would affect the next generations of scholarly youths, suggesting that we'll one day be able to teach budding doctors and dentists using video-game style courses that "will soon be sufficiently realistic that it will count as training."

We just hope our next GP didn't hone his skills on Resident Evil.