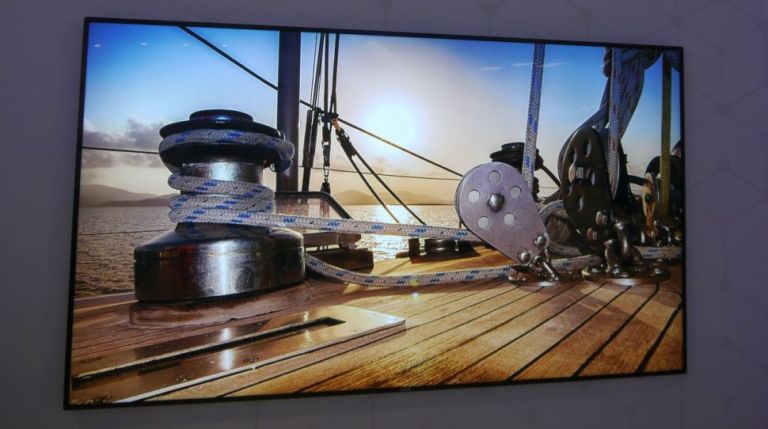 The biggest TV manufacturer in Europe is looking to bring OLED technology into its panels in early 2017. That's the promise made by Turkish manufacturing giant, Vestel.

Who? Vestel is an original equipment manufacturer (OEM) which means it makes the techie goods and other companies swoop in, stick their own badges on them and sell them on to the end user.

Historically Vestel has been making high-volume, low-cost entry-level televisions for supermarket brands as well as the low-end of some big-name TV makers too.

But while it is proud of its OEM status as a volume manufacturer - and so it should be as the biggest in Europe - it's not the sort of company you'd expect to be voraciously chasing down the latest TV technologies.

We saw at IFA this year it was showing off a prototype of its 8K panels as well as its new range of curved 4K screens, but possibly thanks to a collaboration with LG Vestel is aiming to start producing OLED TVs for the high-volume market by early 2017.

Vestel then is really pushing forward with prototyping advanced TV tech to demonstrate to its customers.

It's already producing quantum dot TV filters, in the same vein as Samsung's Nano-Crystal tech, which will start shipping early next year, with HDR panels with wider colour gamuts following in the second half of 2016.

Around that same time its burgeoning partnership with Google will start to bear fruit too.

Fingers-crossed we'll see this sort of committment to high-quality volume production result in the bar being raised across the board for entry-level TVs. Though that all depends on Vestel's customers actually taking on the prototype televisions its manufacturing.