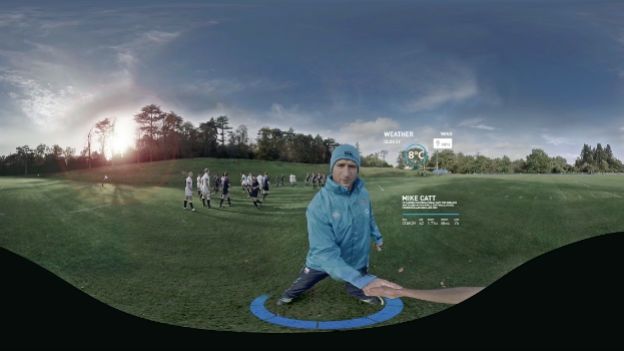 Update 07.03.14: T3 headed down to Twickenham for a virtual kick-about with the England Team. Watch the video below:

Original story: To coincide with the start of the Six Nations tournament, O2 has created a virtual training experience using the Oculus Rift headset that lets fans experience a session with the England national rugby team.

The resulting experience lets users step onto the training field and turn their heads, with the view and content responding in unison around them. Users can engage in drills alongside the real players from the squad.

“We'll transport you into the virtual rugby boots of the England squad, taking in the heart pounding action of a full training session," said Nina Bibby, marketing and consumer director at O2.

"This exciting technology really has to be experienced to be believed and we're looking forward to bringing it to rugby fans across the UK this year.”

O2 will be releasing more details on where you can go to try the experience later this month.

Mike Catt, England attacking skills coach said: “It was great to work with O2 on the development of 'Wear the Rose', getting to see the technology used for the first time in sport was fantastic.

We tried to re-create as authentic an England training session for rugby fans as possible, and we really hope they enjoy the experience.”

Check out the teaser video below for a closer look at the experience: