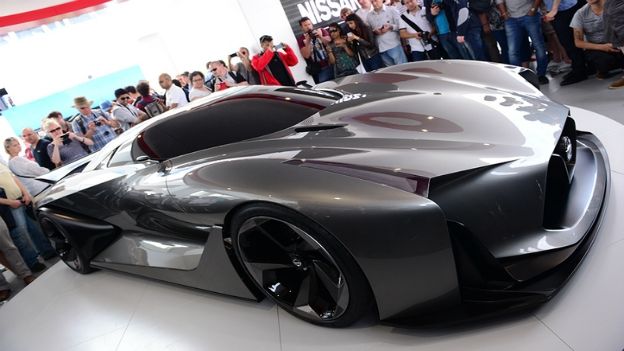 Nissan has unveiled a real-life version of its 2020 Vision GT concept at this year's Goodwood Festival of Speed.

Nissan has brought its Concept 2020 Vision GT to life.

The concept car, set to be featured on PlayStation 3game Gran Turismo 6, is now on display at this year's Goodwood Festival of Speed.

Taisuke Nakamura, the design director of Nissan Design Europe, collaborated with engineers in Japan to create a real-life car that reflects the potential of its virtual performance.

Nakamura says Nissan has 149 cars in the video game, and that he considers the franchise to be like a virtual motor show.

The project puts video gamers through the paces, and a few have even gone to drive professionally.

Jann Mardenborough for example is a British GT Championship winner on track for Formula One in a driver development program.

Mardenborough was at Goodwood and tested the Nissan Concept 2020 simulator: “It feels really, really quick. It's been designed virtually. And we've got the real car here as a concept car. So, it's kind of like my story of GT Academy, coming from the virtual world into the real-life racing world."

Gamers will be able to download Nissan's new supercar on Gran Turismo 6 in July.