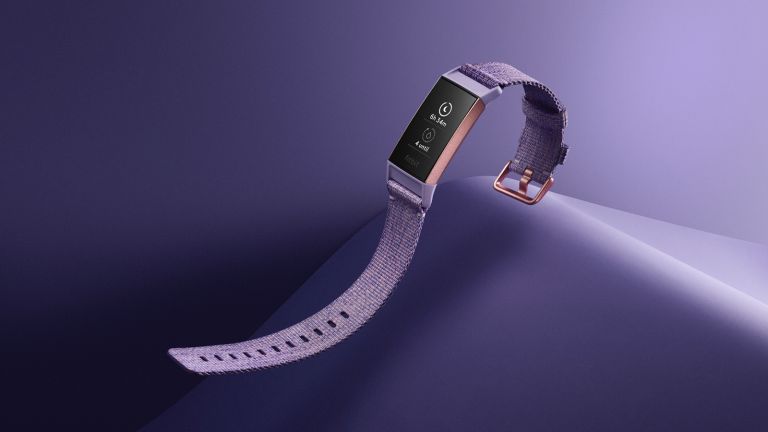 A new Fitbit Charge 4 fitness tracker has supposedly been spotted online. A leak with a brief visibility period online meant that many features, as well as the price, are now know or at least suspected before the official announcement.

The Fitbit Charge 3 fitness tracker has been one of the most popular Fitbit products since its launch in 2018, but two years is a long time, especially in the world of fitness wearables, and many new and even cheaper fitness trackers have come out since, while Apple Watch has continued to sell very well. Hopefully this will force Fitbit to improve its, already very good, fitness band further.

According to Mobile Fun, "there will be two versions of the Charge 4, with a regular NFC version available in Black, Rosewood and Storm Black / Blue. While a special edition priced at around £20/$20 more will come in an exclusive granite styling." So, NFC is more likely to be standard, as opposed to the current-gen Charge 3, where NFC is only available in the Special Edition version.

Price-wise, 9to5Google reports: "... [the Fitbit Charge 4] Special Edition will still be offered in “Granite” for £159.99. The [base model is rumoured to be] £139.99 ($149 in the US) – which is £10 more expensive than the Charge 3 – [and] will be available in Black, Rosewood, Storm Blue/Black." The price doesn't sound like it's vastly out of proportion although for the higher price tag, we would like to see at least the same features offered by cheaper fitness trackers, but in better quality.

But apart from the NFC capability, there are a few more things we would like to see in this new Fitbit Charge 4, whether it turns out to actually exist or not.

1. More focus on 'active minutes' (and maybe a better name for this feature)

'Active minutes' is a daily goal Fitbit already offers, but it’s very much secondary to steps taken. There’s a lack of challenges relating to active minutes, and Fitbit doesn’t really promote it. The same is true of Fitbit’s overall ‘fitness score’. This has been available to Fitbit users for years, but is currently buried in a sub-menu.

For many users, however, these ratings for doing more intense activity are more useful and motivating than a basic step count. It doesn't even have to be anything strenuous: even if you just go brisk walking – something we recommended in our how to get fit when you're unfit article – it will count as active minutes.

Since people love to feel rewarded for doing something out of their comfort zone, it would be better to have a more fleshed out version of  this feature to further motivate people to move more. With everyone now familiar with the idea that you should take steps, and a pedometer built into every phone, it’s time for active minutes to step the hell up.

As in the case of any heart rate wearable, sensors get updated all the time as new technology becomes more readily available on the market. Garmin's Elevate HR sensor has just recently been updated and Polar has also rolled out its Precision Prime sensor fusion technology too.

To be fair, Fitbit has recently pulled a trick by updating the sensor on some of their models without changing anything on the hardware front: the blood oxygen saturation monitor has been dormant in many Fitbit models up until recently when they were activate through a software update. That's one way to introduce new features.

The cardio sensor Fitbit uses isn’t terrible, but in our experience it struggles during more intense, sweaty exercise. Greater accuracy and consistency would be welcome.

The Fitbit Charge 4 will not be way cheaper than the Charge 3 and for an over £100/$100 price tag, we want to see built-in GPS in the fitness tracker. When you can buy a fitness smartwatch for around £50/$50 with built in GPS (Huawei Band 4 Pro), it would be nice to same at least the same level of features in a tracker twice the price of that. Garmin already incorporates GPS into its Fitbit rivals, too.

NFC is rumoured to be included in all Fitbit Charge 4 models so having Fitbit Pay feature ready straight out of the box seems to be a given. Yet, we also hope the feature is not too awkward to use and easy to set up so it can actually be useful to people.

Also, if more than just six banks would be available through Fitbit Pay (in the UK), that'd also be great. And if the verification method ceased to involve typing in a PIN on a tiny Fitbit screen, that would truly be gravy.

5. A proper always on screen

Fitness trackers have small screens and also, screen technology has also improved significantly in the last two years, so including an always-on screen on the Fitbit Charge 4 sounds like a no-brainer.

The Fitbit Versa 2 has an option to have the screen on all the time during exercise, although it does it rather half-heartedly: it’s black and white, and lacks some of the responsiveness you get when it’s ‘really’ on.

Yes Fitbit, we know an always-on screen drains the battery faster, but we’re all adults here: give us the option of a genuinely always on screen, or make the motion sensor in the Charge 4 work perfectly, so turning your wrist really does turn the screen on first time, every time.

The Fitbit Charge 3 has a capacitive ‘button’ (ie: it’s not really a button) on its side, and it is hugely unsatisfactory. Surely, the user interface could be tweaked so it can be navigated by using the touchscreen only or, even better, an actual button, with tactility, could be used, without compromising the Charge 4’s waterproof qualities?

Best Fitbit deals by device and by retailer