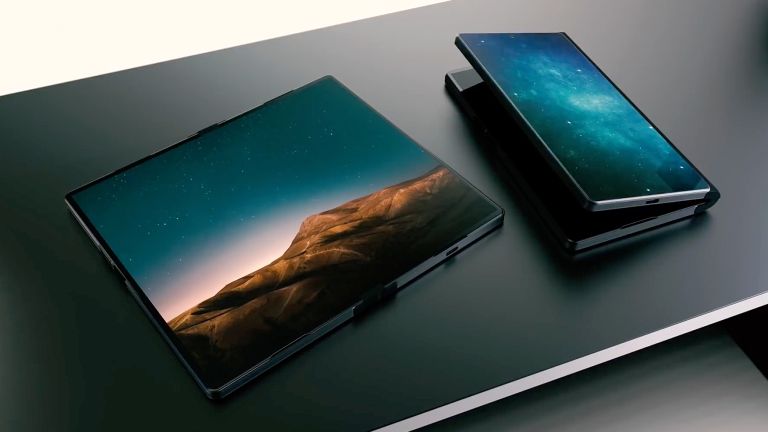 Folding smartphones are on the way. Following the launch of the Royole FlexPai last year, and ahead of the Galaxy X release date, Samsung teased its long-rumoured foldable phone – albeit heavily disguised in a boxy case. Huawei, Apple, and LG are all purportedly working on pliable handsets, too.

And thanks to a prominent designer on YouTube, we now have a very clear idea of what the forthcoming foldable Surface Phone from Microsoft could look like. Codenamed Andromeda, the foldable handset has seemingly been in development for many years, with numerous patents logged by Microsoft.

Popular YouTube channel ConceptCreator used these patents to create a three-dimensional model of what the device described in the documents could look like.

Watch the full video below:

According to those with knowledge of Microsoft's plans, Andromeda is designed to blur the lines between what is traditionally considered PC and mobile. The as-yet unannounced product will ship with a stylus, similar to the Surface Pen available for the Surface Pro, Surface Laptop and Surface Studio range, according to sources.

Microsoft Surface VP Panos Panay has previously branded the device "awesome" and described it fitting into people's workflows "like a Moleskine".

Given the recent uptake of hybrid tablet/laptop devices, it seems like a good time for Microsoft to get in on the action with its Surface brand – especially with a new product category, which would leave its rivals playing catch up.

Microsoft's Surface range of laptops has gone from strength to strength over the past few years, with its latest and greatest device, the Surface Book 2, bagging a big fat five star review from yours truly.